PHOTOS: Journalists accuse police of using excessive force on them in Causeway Bay

A journalist argues with police officers on the evening of Thursday, Oct. 3 in Causeway Bay.

During the scuffles that arose between masked men and bystanders in Causeway Bay, a police officer allegedly pushed a journalist to the ground with excessive force. When we asked a photojournalist whether he had seen what had happened, he said that “the cop basically beat up a journalist”. 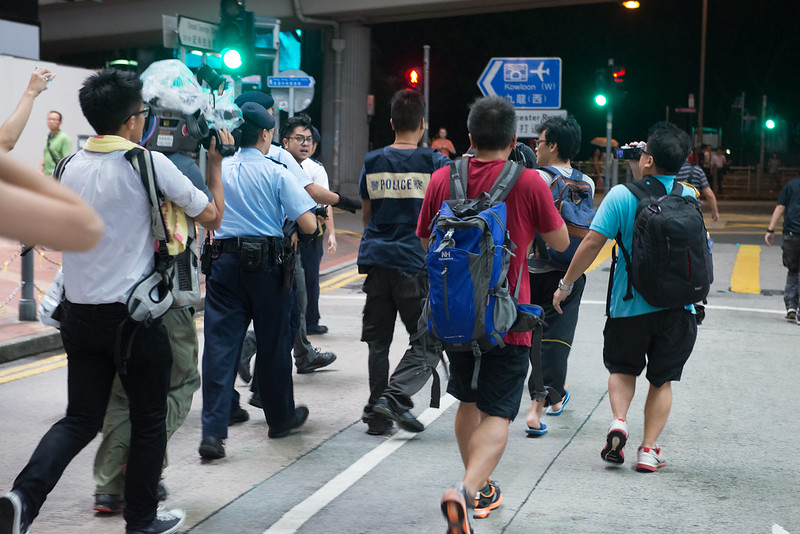 The journalist in the glasses (to the right of the officers wearing berets) was extremely angry and demanded to know why the police officer wearing the blue vest was violent to him. 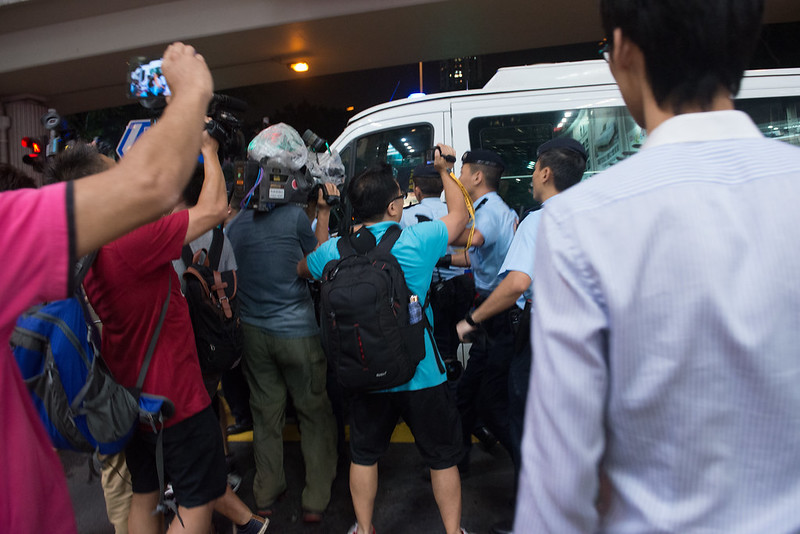 The journalists followed the accused man, who was protected by several officers surrounding him. They quickly ushered him into a police van, which then drove away. 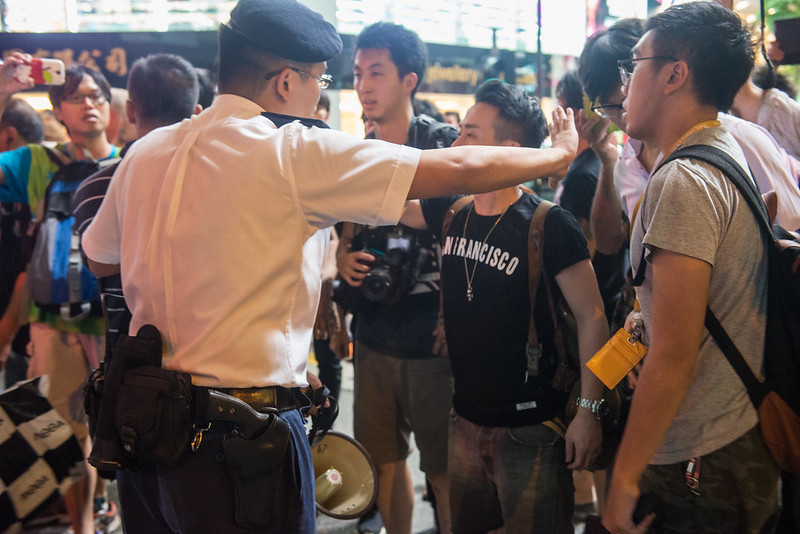 A police officer tries to calm down a group of journalists. 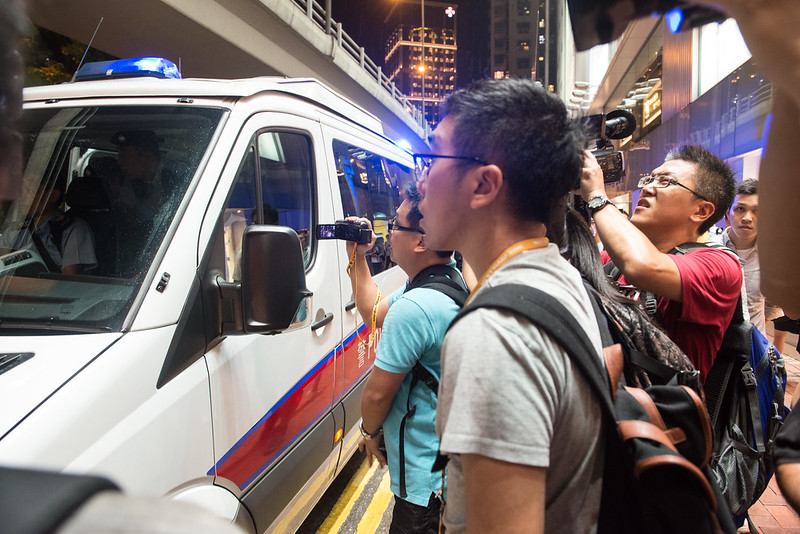 The journalists surrounded a second police van that pulled up, trying to film the officers on call. 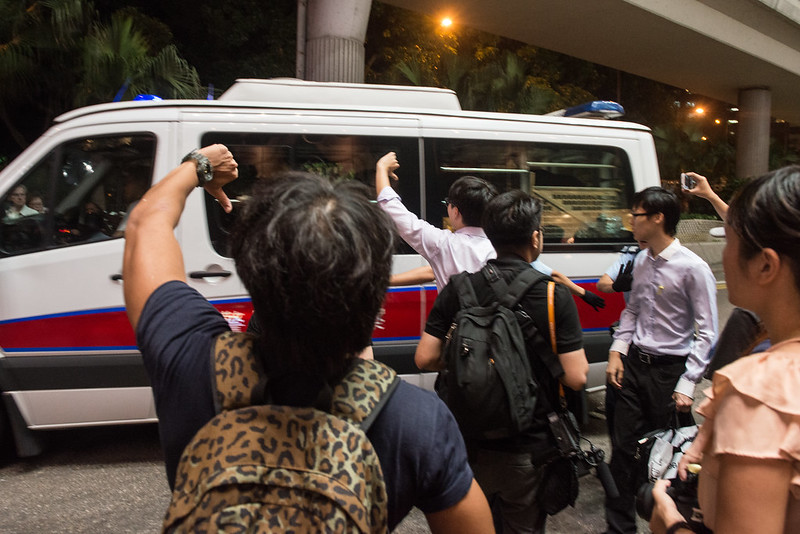 As it drove away, the group of journalists gave the van the “thumbs down” gesture.