Although authorities and protesters have been opponents during in the past week of political turmoil, nothing can defeat the matters of heart, especially when these two good-looking officers were sent to perform their duties at the scene. These fine specimens of law enforcement drove protesters and photographers to line up for pictures and share them online. 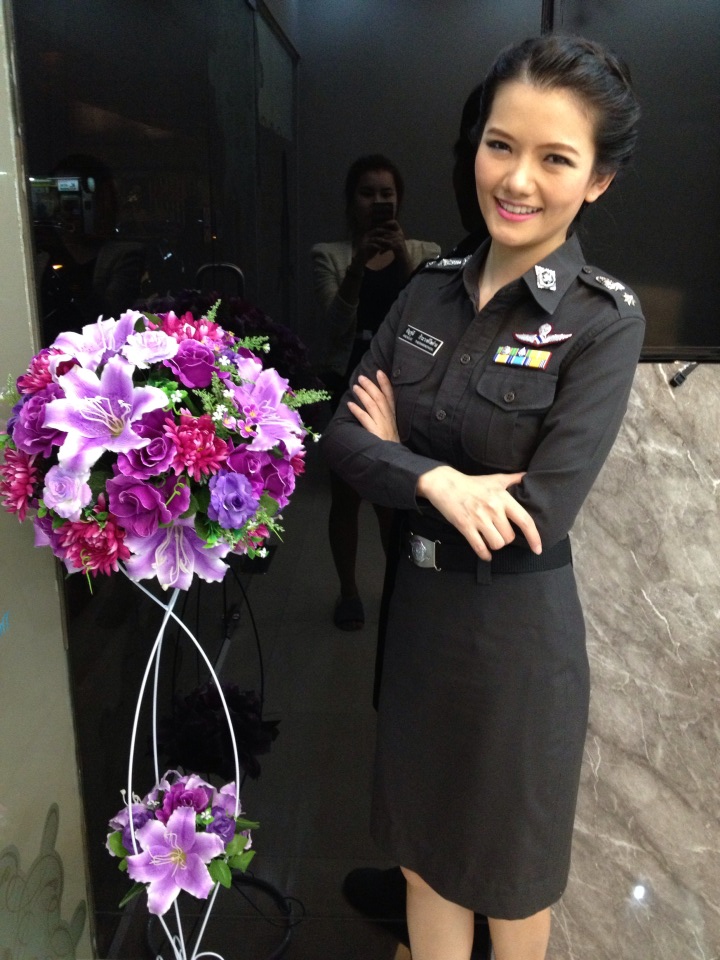 Police Lt. Col.   Anchulee Thirawongpaisan, known as “Doctor Air,” is a deputy spokeswoman of the Royal Thai Police and a psychiatrist at the Police Hospital. More than a pretty face, Anchulee was the main negotiator trying to calm the crowd at the national police headquarters on Wednesday. Within an hour, the crowd paraded out of the area as a male protester surrendered to her a whistle as evidence of Doctor Air’s wise therapeutic words. 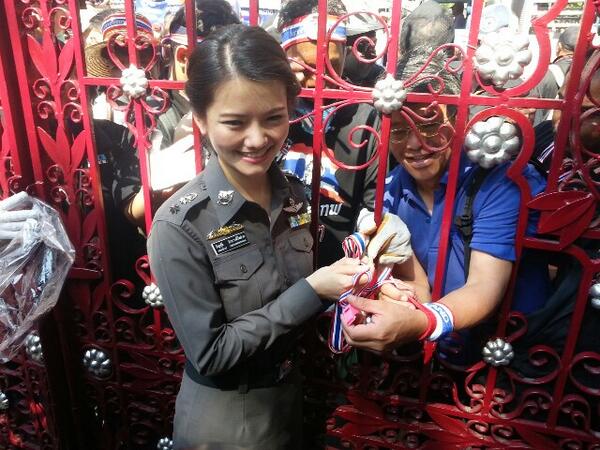 Over at the Government House, Pol. Capt. Nithithanon Pathiranchai or “Captain Pao” posed for a handsome photo when he paused the battle to pay respect to the national anthem at 6pm on Monday. Since Pao’s patriotic moment, he’s gained Internet fame and become and well-known among female protesters. 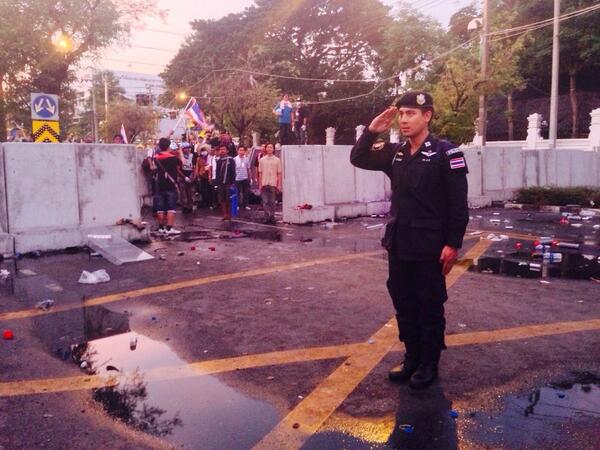 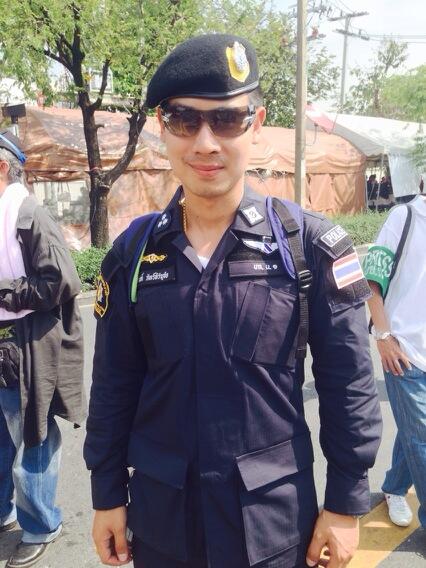 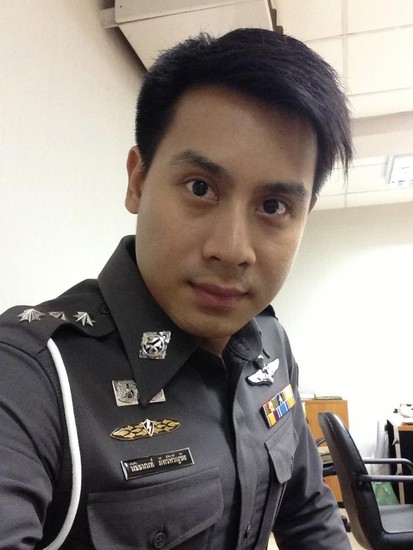