Singaporean millennials are taking “Ok Boomer” to the next level by role-playing baby boomers through satire, mimicking everything from their internet slang, blurry selfies, and common spelling errors.

The fun is happening in a private Facebook group called A group we all pretend to be KIASU boomers that was created Sunday and has since drawn 2,000 members, mostly mocking their middle-aged parents and colleagues along with their concerns about everything apparently going wrong with kids today, including being influenced by the LGBT community.

“Hello every1.. Pls advise found tis on my ah girl’s (daughter) fone .. veri disapointed first is a GAY now is the INCENSE (incest). What is our youngster doing now a this days pls pray and advise … tks n rgds,” wrote a Sheryl Tan.

Everyone posting in the group is in some sort of a boomer persona and the only time they’re posting as themselves is when they type “OOC” for “out of character” at the start of their captions.

“OOC: So I have been shitposting for the past few days as the persona of a 63 yo gay male whom Jake Tan lovingly named Kelvin,” Chuanwei Foo wrote today. Tan is a group administrator.

“I have been trying to put myself in the shoes of my parents and boomer colleagues to draw inspiration on how they would react and post. Many of you, I am sure, draw inspiration from loved ones close to you or maybe from Tan Kin Lian,” he added. Tan Kin Lian is a former presidential candidate now famous for his internet antics.

Some of the common characteristics of Singaporean boomers online include them posting e-greetings, fake news, condemning the LGBT community, and asking for advice on random things like tech issues. 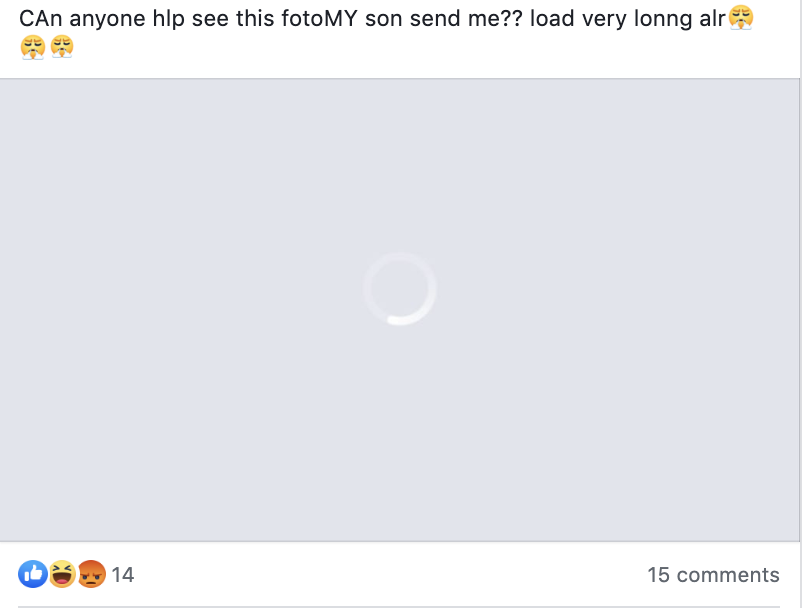 It is also common to see them typing a string of commas instead of an ellipsis, finishing their online captions and comments with “tks n rgds,” phrases like “god bless” and the popular “how can dis be allow?” — all of which millennials were mindful to add into their hilarious posts.

“Hello all need help,,, how can dis be allow….My son started watching anime and now he dressup like anime girl…. pls pray to God for help,” a Joshia Seam wrote.

Some of them have really aced their boomer-role-playing game that it’s hard to tell if they’re pretending at all.

In case you’re not up to speed, the “Ok Boomer” catchphrase went viral recently as an angry reaction to dismiss stereotypical attitudes held by members of the generation born in the post World War II era between 1946 and 1964.

Use of the phrase spiked after it was used in a viral video in response to an older man criticizing millennials and Generation Z as not wanting to “grow up.”