(Almost) Everyone is on Joseph Schooling’s side: Here are the reactions to the cannabis saga

So, Singapore’s star athlete has gotten caught up in a drug use scandal. When news broke about Olympic gold medalist swimmer Joseph Schooling and his cannabis confession, many quickly assumed that Singaporeans would tear him down.

Instead, we’ve seen plenty of support, understanding and also sympathy for Schooling’s plight.

Regret on his part

Schooling issued a public apology on Instagram and stated that he regrets his actions.

He said that it was “a moment of weakness” following “a very tough period of my life.”

“I made a mistake and I’m responsible for what I’ve done. I will make amends and right what is wrong. I won’t let you down again.”

Fellow athlete Soh Rui Yong was among the first to show his support in a Facebook post where he inspired the public to show their support for the national swimmer as they did when he won an Olympic Gold for Singapore.

Straits Times sports commentator Rohit Brijnath also penned a poetic piece on the situation and reminded readers that “criticism is valid but empathy has a place here.”

Hugo Boss also affirmed their decision to stand by him and maintains that their support for him remains “strong and unwavered.” Schooling has been an ambassador for the brand since 2018.

Communications expert Lars Voedisch said in an interview with Channel News Asia: “It’s not the end of the line for him, from a branding perspective, because he has a lifetime value as the superhero from the little red dot that did what the Michael Phelps of this world achieved.”

He added, “It doesn’t matter what happens to him, Joseph Schooling will always be Singapore’s first Olympic gold medallist and nobody can take that away.”

Perhaps one of the most prominent voices to speak up on the incident is Law and Home Affairs Minister K Shanmugam.

In a Facebook post yesterday, he made a point of saying that Singaporeans should “give them our support and backing”, referring to both Schooling and his teammate Amanda Lim.

He also seemed sure that Singaporeans “will be gracious” and reminded the public that these two athletes had worked very hard – and in Schooling’s case, even achieved an Olympic Gold for Singapore.

That said, he maintained that both Schooling and Lim will be treated like any other who has broken the law.

If you think the online community would be doubly harsh on him – well, you’re half wrong. Comments on posts by Soh, Shanmugam and on platforms like Twitter and Reddit have been largely encouraging and positive – most expressing more displeasure at the government and media for the negative slant on approaching the incident.

Meme and satire page The Mockingbird mocked the government’s current rule on drug use by Singaporeans overseas being a crime.

Popular meme-r Yeolo also weighed in on the “cannabis experts” in the country. 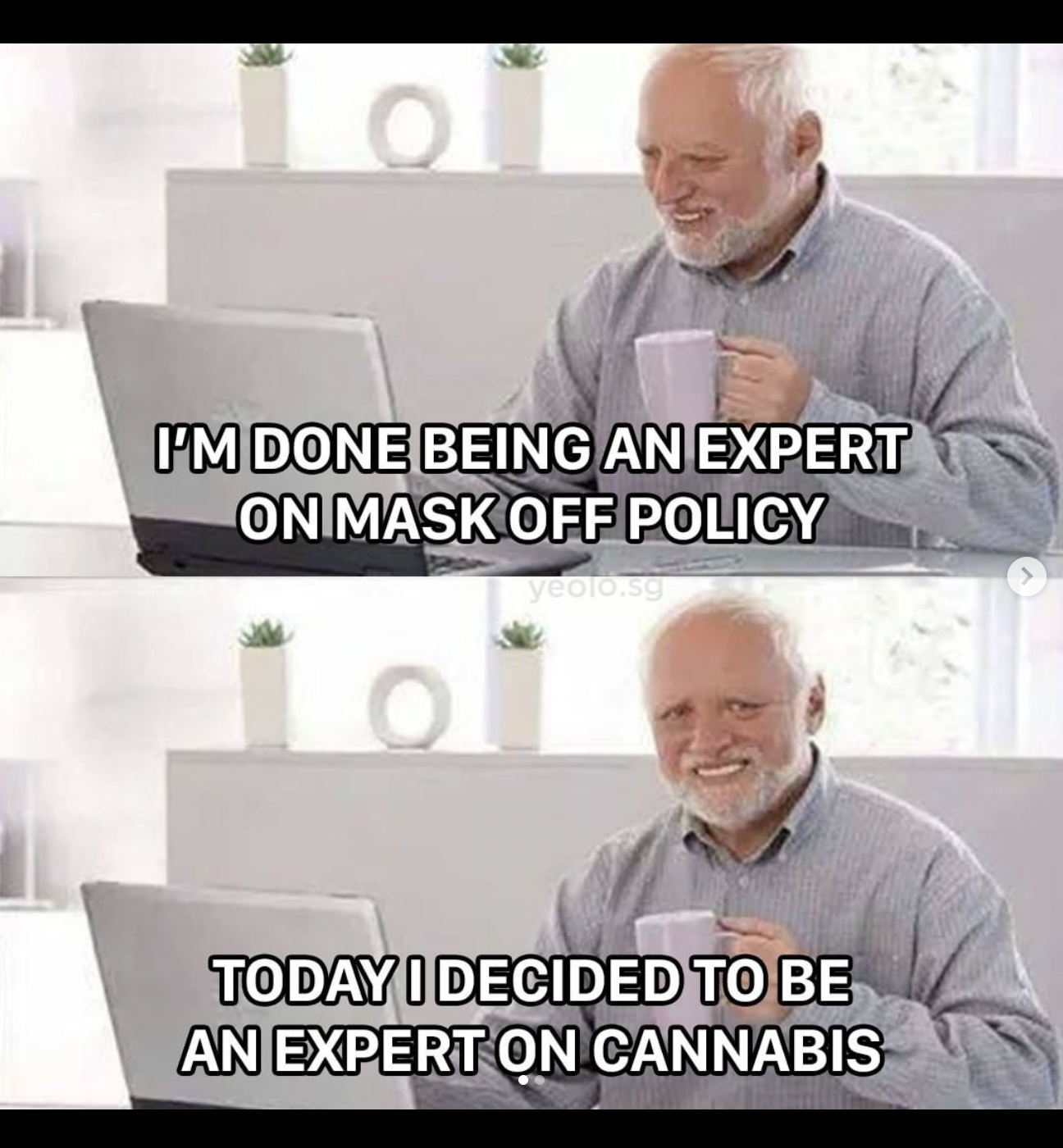 And then there are the spicy ones.

The only party poopers

So if the general sentiment is to lift Schooling up, forgive him for his error or move on to other more important news, then who are the real baddies here?

Besides the run-of-the-mill haters and commenters leaving vicious and snarky zingers in comment sections, the only ones not onboard the Schooling train appear to be big government bodies.

The ruling by the Ministry of Defence (MINDEF) to revoke his leave privileges to train or compete while still in National Service (NS) will mean that not only might he miss upcoming key competitions, it could also hamper his progress as a national swimmer.

The sporting organisations have also stood by their zero-policy stance, with Singapore Swimming Association president Mark Chay stating that he is disappointed by the actions of Schooling and Lim.

“Drugs have no place in our society and we take a zero-tolerance stance towards illegal drug use,” he added.

The current law states that any Singapore citizen or permanent resident found to have abused controlled drugs overseas will be treated as if they had abused drugs in Singapore is also now being brought to question.

Do we really have autonomy as Singaporeans when the state can control how we act, even on holiday overseas? The reactions to Schooling’s predicament seem to indicate that this is one area of drug policy where the public and the government don’t see eye-to-eye.

RELATED –Joseph Schooling gets schooled for using cannabis, gets sporting privileges revoked: What we know so far