Singapore Art Week: Our picks for the best of the best to see

From giant, colorful “five stones” roaming the city to an installation addressing our overly surveilled city-state, dozens of art events will take place next month as part of Singapore Art Week.

We looked through what’s in store at 10 venues, including the cityscape itself, over 10 days and picked the following highlights:

Five Stones by Singaporean artist Twardzik-Ching Chor Leng is a playful work reminiscent of the familiar childhood game. The colorful, inflated pieces are currently traveling across the island and will gather in the Civic District during Singapore Art Week for a series of performances by five artists including Amanda Heng and Ezzam Rahman. 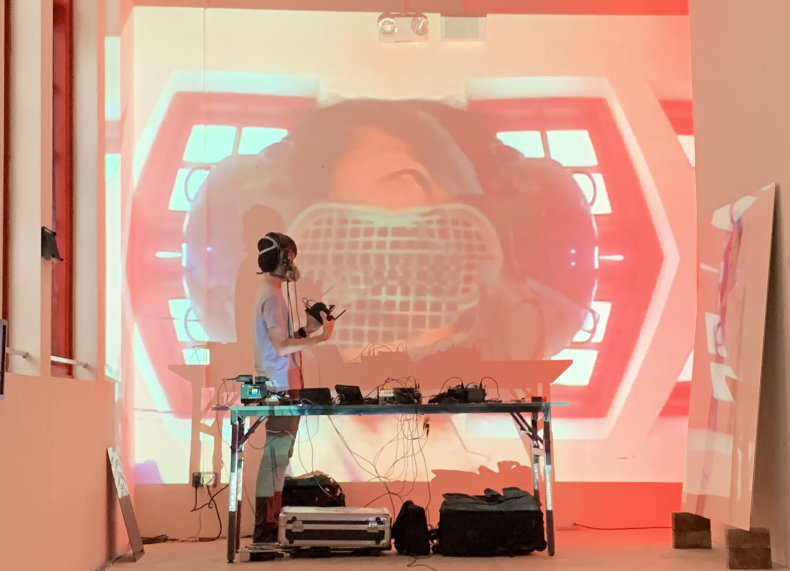 De:Voted is an immersive mash-up of light, sound, performance, and technology by seven local and two Japanese artists that conjures the claustrophobia of “surveillance capitalism.” The AR.T Trail is powered by Facebook’s Spark AR studio, which is responsible for all the cool filters you see on Instagram stories. The project is the result of a three-month collaboration between leading Singapore artists and creative technology studio MeshMinds.

Jaafar Latiff: Beyond the Familiar

The late self-taught artist Jaafar Latiff was known for experimenting with vibrant colors and the batik medium.

Among his memorable works include the abstract painting Sea Port of Singapore, which is still on display at the Bras Basah MRT station.

He also played a significant role in Singapore’s art education scene and taught at various local art institutions from 1965 nearly until his death in 2007.

As part of Singapore Art Week, a retrospective will be held in memory of Jaafar’s career, tracing his artistic evolution from pre-abstraction to his brush with early digital technology in the ‘90s. Selected local and regional collectors are allowing audiences access to key works held in private collections at the Impart Collectors’ Show, now back for its third edition.

This year will celebrate the spirit of transforming materials into strange, odd and exhilarating forms, and features work by artists such as Yinka Shonibare, Kehinde Wiley, Bharti Kerr, El Anatsui and Eko Nugroho. In 1827, the building where The Arts House now stands was rented by British colonial authorities for use as a courthouse.

As part of Singapore Art Week, British-Nigerian artist Yinka Shonibare is paying homage to that heritage by depicting the Singaporean Lady Justice in a brightly patterned garment, fashioned from African print, among other works. The artists will be present on various days throughout the exhibit to mingle and share their personal artistic journey. Inspired by the theme Invisible Cities, the fourth edition of the festival promises to draw visitors into the imaginary worlds of artists, designers and musicians with programs spanning from day to night and happening at the National Gallery Singapore, Asian Civilisations Museum, The Arts House, Victoria Theatre & Victoria Concert Hall, and the Esplanade – Theatres on the Bay.

Singapore Biennale opens today, here are our picks for what to see

Celebrating National Day by getting fit and having fun