First look: The Henry Manila in Pasay is pure charm

While Manila struggles with preserving its heritage buildings, Pasay City has scored a major coup with the newly opened Henry Hotel.

Despite the fact that this place is not associated with anyone famous or anything historical — which would earn it the right to be called a heritage site — The Henry Manila is on its way to becoming a shining example as to how adaptive reuse is possible in Metro Manila.

The 32-room boutique hotel occupies five houses built in 1950 inside a large Pasay City compound. The estate was once occupied by the large extended family of a Tsinoy businessman, until he passed away and his descendants decided to move elsewhere.

In 2003, gallerist Albert Avellana moved in to one of the houses and turned it into an art gallery. He was then followed by furniture designer Eric Paras and fashion designer Jojie Lloren, earning the compound a reputation as an art and creative hub. 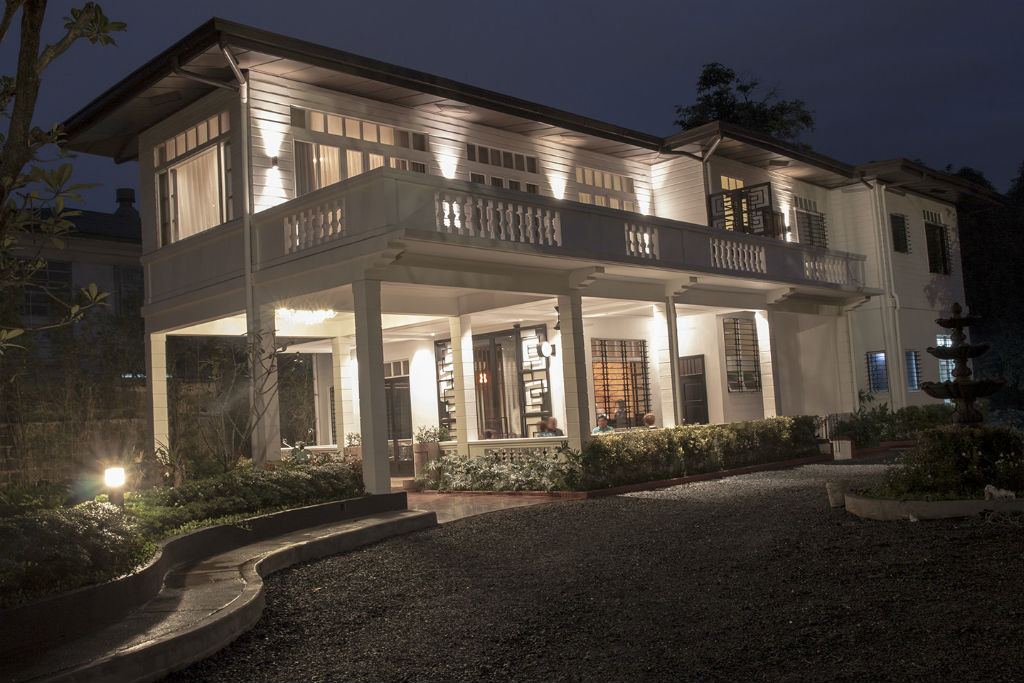 The first Henry Hotel outside of Cebu is spread across five houses interconnected by a covered walkway.

The buzz surrounding the compound eventually reached Hanky Lee, chairman of Innovoterra Properties. He was looking for a location to set up his first hotel in Manila.

His first hotel property, The Henry Cebu, had already garnered a reputation among travellers as being a creative, stimulating yet comfortable place to stay. Since the first Henry was set up from an existing structure, he wanted something similar for his first property in Manila and the houses within the compound fit the bill.

Even if no one knows who designed the houses, what made the property more appealing to Lee were the gardens. Designed by National Artist for Landscape Architecture Ildelfonso Santos, the work entrances visitors when they walk past the driveway lined with tall acacia tree. The garden is filled with plants that were popular at that time, such as palmeras, santana, lampana and champaca.

Negotiating with the heirs, Hanky Lee picked four of the two-floor wood and concrete houses near the gate for the hotel. He also picked the main house of the Tsinoy businessman to be turned into the dining outlet, meeting and reception areas. While The Henry Cebu is known for it quirky and artsy interior, Hanky Lee wanted The Henry Manila to be different and go nostalgic in terms of look, but would be equipped with all the creature comforts of the 21st century like WiFi and flat screen TV.

In charge of the conversion project was architect Justin Basco, a graduate of UST School of Architecture, whose prior experience in working with old houses was limited to research work. But he seems to have a clear idea as to how to update an old house without losing its feel.

Case in point is the dining outlet (which will be managed by Marivic Lim of Apartment 1B). To make the room brighter, he took inspiration from the ventenilla, or the sliding door underneath under the window. He took out part of the concrete wall beneath the window and replaced them instead with sampaguita glass or textured glass to allow light to come in.

In keeping with the nostalgic theme, Justin used key design components from 20th-century Manila. The most visible is the grillwork, which were inspired from the now-demolished Scala Theater on Rizal Avenue. Another key design component is the bright and colorrul baldoza floor tiles, which were very much in vogue during that time period.

The nostalgia theme is also found in every room. Basco worked closely with Eric Paras of A-11 for the interior design. They mixed old pieces such as wooden aparadors (aparador) and Ambassadors chair (wood carved armed chairs) with modern furniture and lighting fixtures.

Corporate social responsibility also comes into the picture with trash bins and napkin holders made by the NGO group, Kamay Kraft.

The toiletry selection also goes local with shampoo and lotion by Frangancia Aromatica and soap supplied by Life Project 4 Youth.

Justin admits that his work was made easy as the houses were in good shape. But still he admits there were challenges such as adding two extra bathrooms per floor so that each room could have its own private bath.

The hotel is still in soft opening, with prices ranging from PHP6,000 for a classic room to P15,000 for the owner’s suite. The grand opening is tentatively set for mid-January next year. On the ground floor of the main house, painted all white, are the reception area and a restaurant to be run by Apartment 1B’s Marivic Lim. The Owner’s Suite and bigger guest rooms are on the second floor of the white house. The choices for in-room snacks include rosquillos, cashew nuts and dried mangoes. The toiletry selection also goes local with shampoo and lotion by Frangancia Aromatica and soap supplied by Life Project 4 Youth. The four other houses have been painted gray. 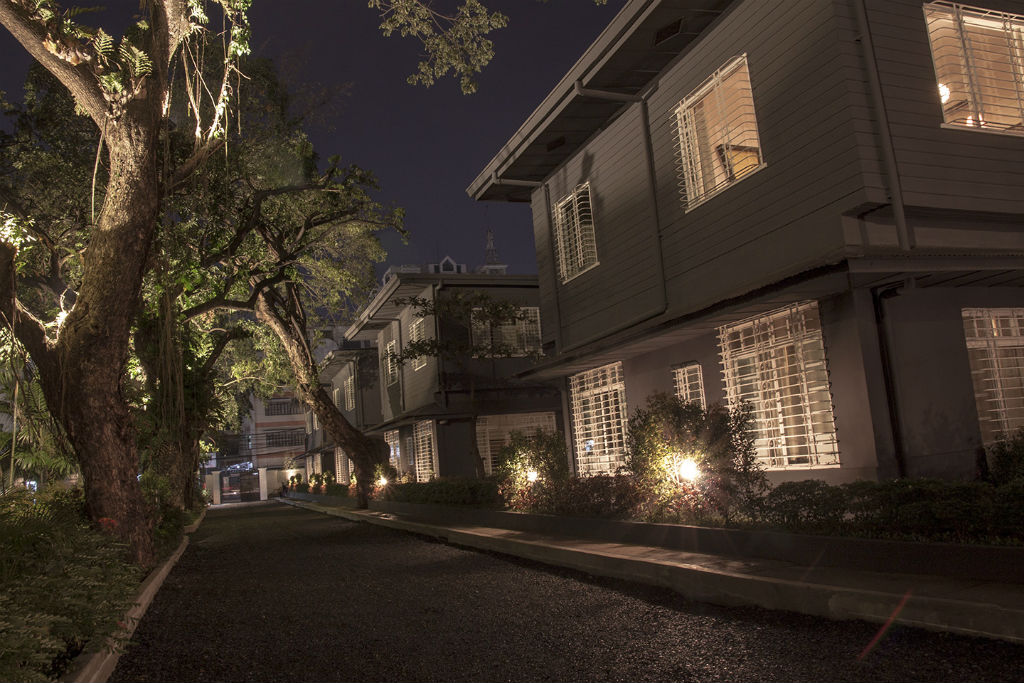 The Classic Queen, Classic Double and Suite rooms are located in the gray houses. Despite the ‘nostalgia’ theme, the bedrooms are equipped with modern amenities. The compound’s garden was designed by National Artist IP Santos. The hotel is still in soft-opening but can already be booked for the month of December.