On the evening of Thursday, Oct. 3, masked men appeared one street over from the main Causeway Bay protest site. 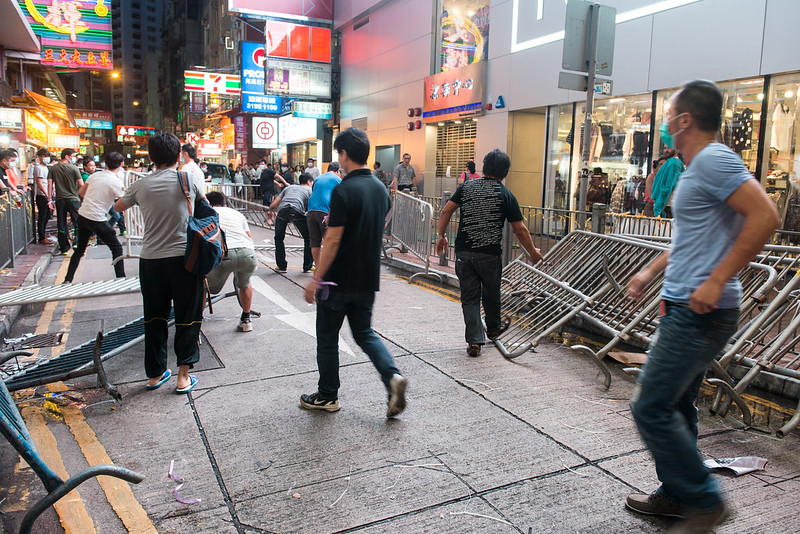 The men started to violently throw down barricades and instigate fights with protesters. 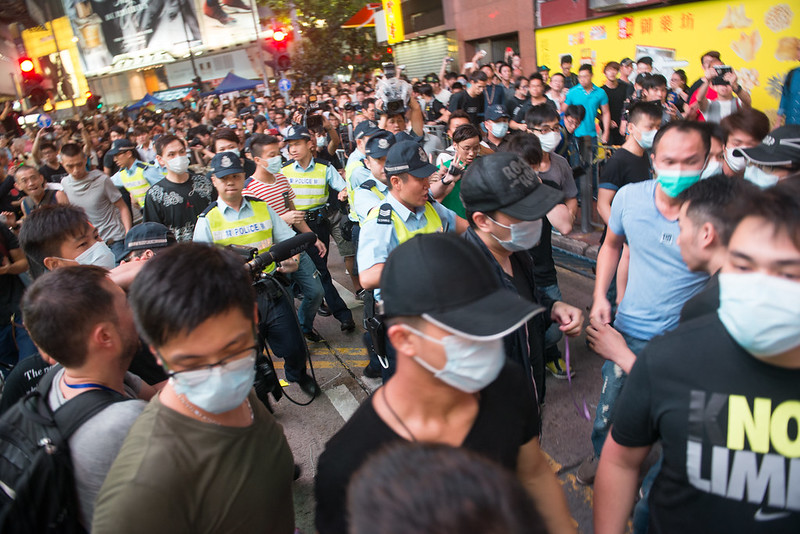 The police broke up a fight and started corralling the masked men away from the crowds. 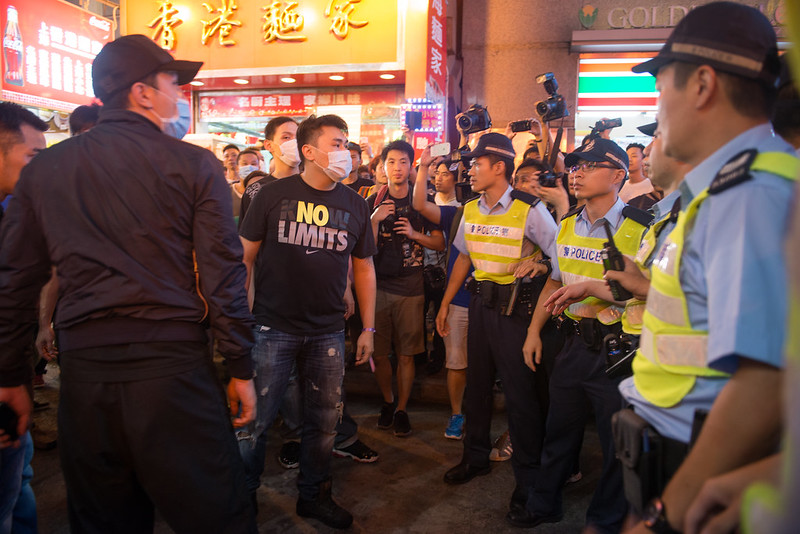 The masked men seemed to have no fear of the police. 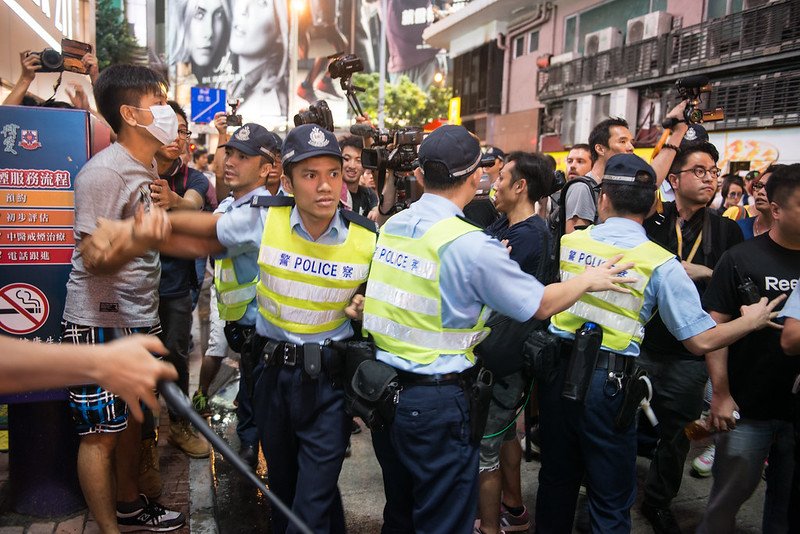 One man was slammed against an electricity box. It was unclear whether he was with the group of masked men. 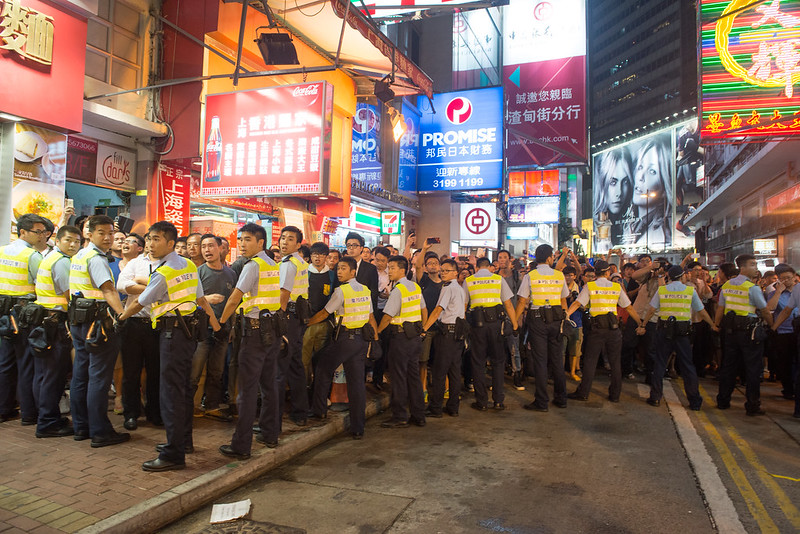 The police formed one human chain on one end of the street in order to stop protesters and bystanders from getting closer to the masked men. 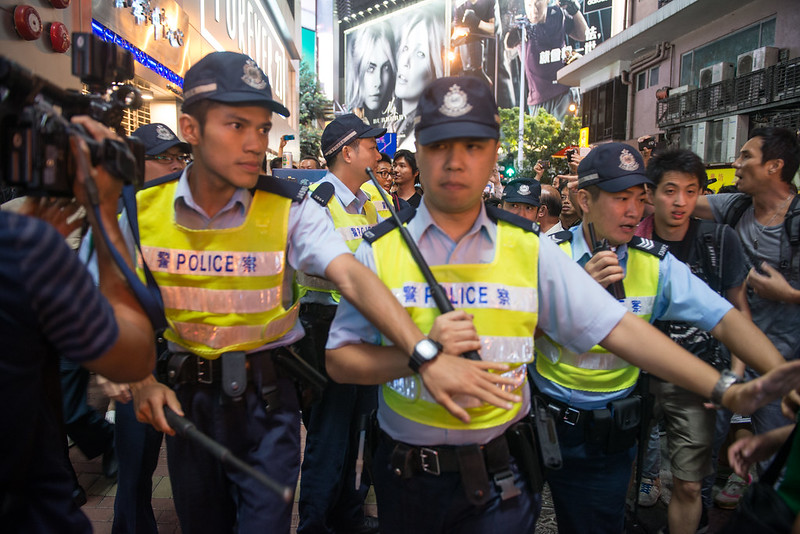 The police had their batons out. 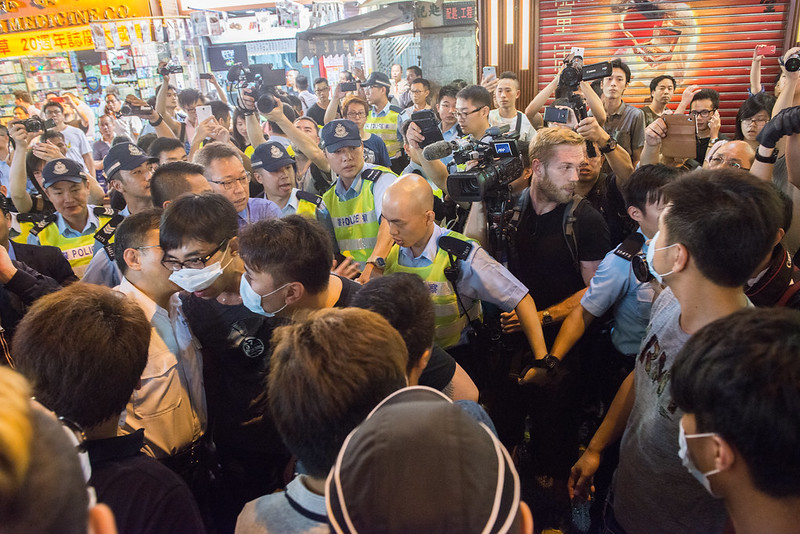 A senior policeman speaks to one of the masked men while other officers prevent people from crossing their human chain. 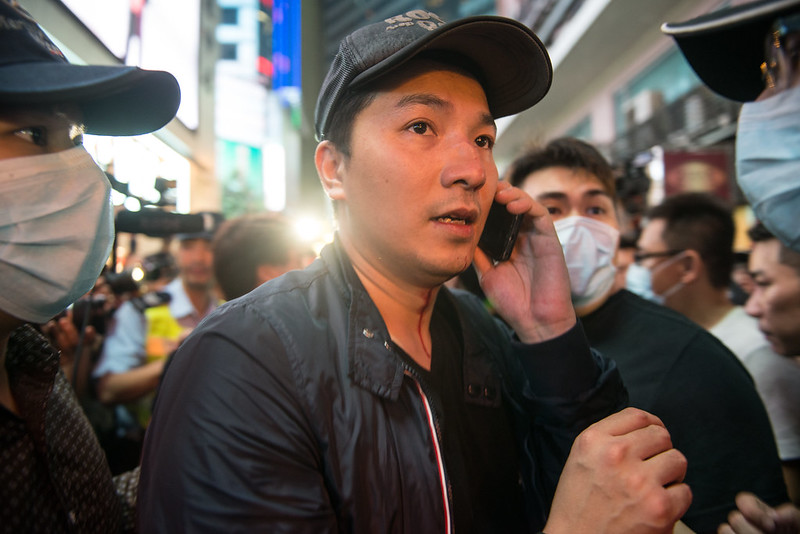 One of the now unmasked men was bleeding from his chin after getting into an altercation. 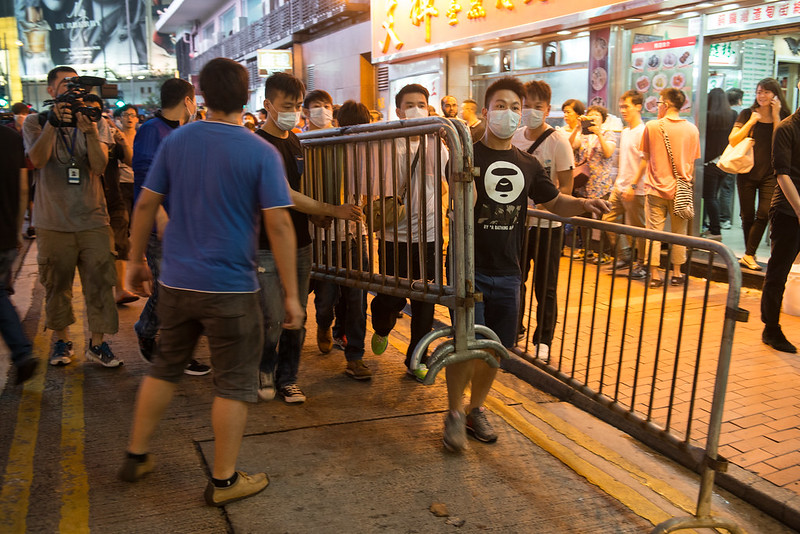 The men started taking barriers away. 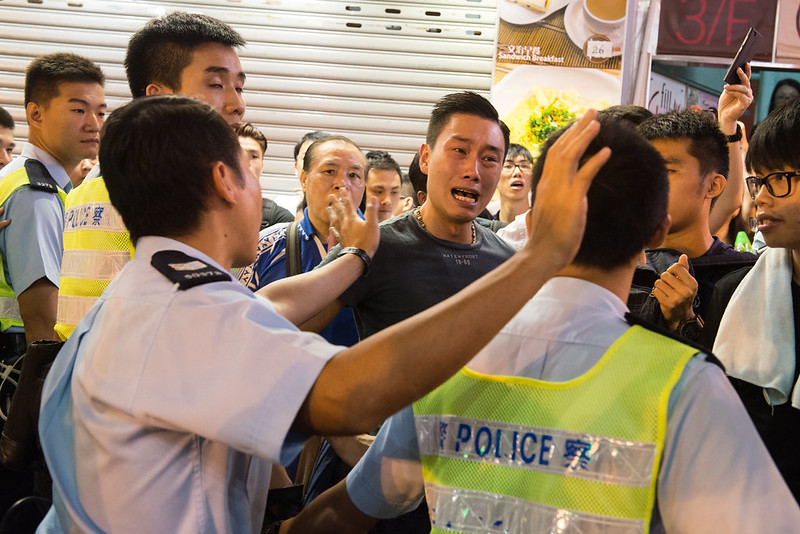 A man was upset that the police did not arrest a single masked man. 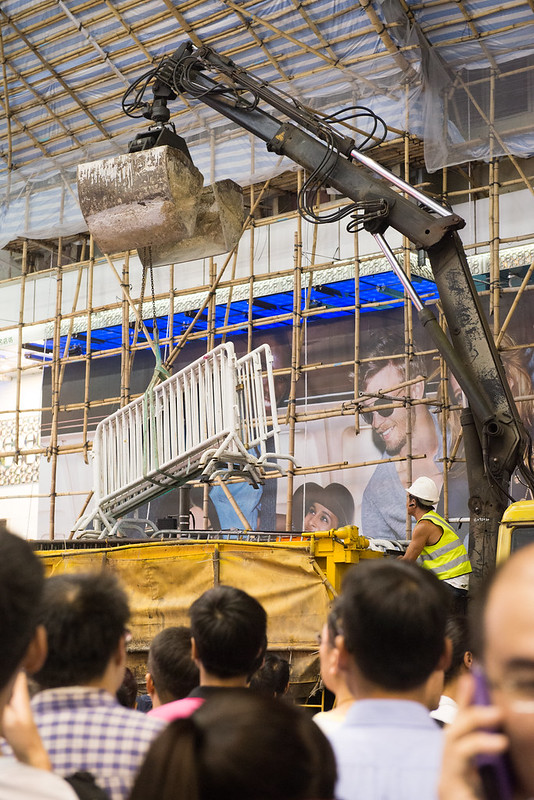 A truck came to take away the barriers as a crowd watched and booed. 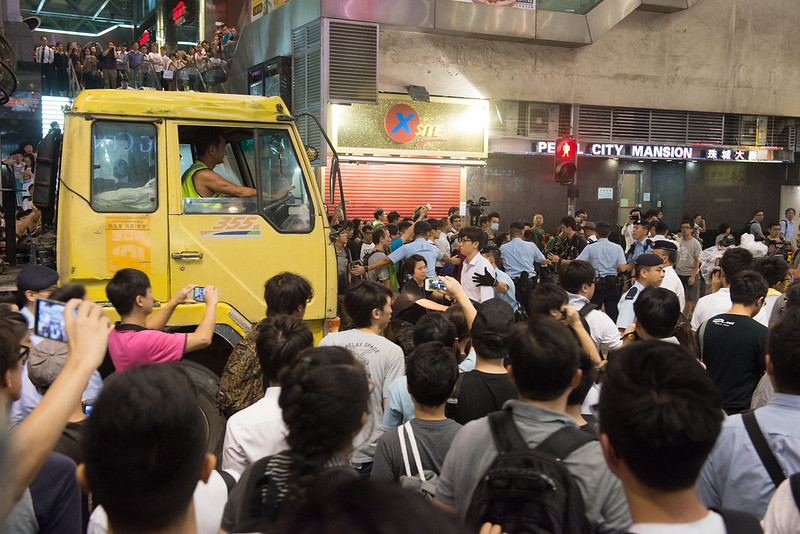 Several people tried to get in the way of the truck as it left. Eventually, the police made sure people stayed off the streets as the truck drove away.

Check out our Raw Report by Coconuts TV/Coconuts Hong Kong on the clashes in Mong Kok and Causeway Bay: