My Mate Nate, an American expat and internet personality, has recently caused an uproar on social media for his latest prank video targeting Thai millennials — he’s been accused of staging a scene in the video to make the point that most Thai people don’t understand English.

However, it backfired terribly after some people criticized Bartling for intentionally “humiliating” Thai people to make a point — just to end the video with a pitch to sell an online English course.

In the video, Bartling approached a couple of Thai male teens and said “You look terrible today!” with a cheerful voice. He then asked three Thai men: “Are you on your period?” before going up to a Thai girl and inquiring where he could get “sanitary tissue,” a bizarre term that we can only assume refers to tampons or sanitary pads.

He was trying to make the point that the Thai people in the video didn’t understand English, but he seemed to be purposely misleading them.

Even between people who speak the same language, having someone saying, “You look terrible!” while smiling and giving you a hug is rather confusing. The video was heavily discussed on social media over the weekend, with famous blogs and internet personalities posting their opinions on it.

One popular post by Drama Addict linked to the Twitter account of a woman who said her friend was asked to say “Thank you” and give Bartling a high-five in the video in response to him saying “You look terrible.” This was in an exchange for a photo with the famous internet star. Jack Brown, a Thai-speaking foreigner famous for his recent rant on expensive Phuket transport, also gave his two cents on the controversy.

“It’s not necessary to intentionally humiliate people. If you wish to inspire change, then do it by educating people, not by making mockery of them.”

The Matter, a local media site founded by a group of Thai columnists and journalists, said that the video is creative and interesting, but the execution could be interpreted as a mockery.

Bartling released another video after the controversy, but he did not say whether parts of the video were staged. He only admitted that he edited out the scenes of Thai people who could understand his weird questions.

“Everything in the media has been edited. That editing helps the media to express their point,” Bartling said.

“I admit that I didn’t show the people who could answer me [in English], but there were only one or two persons.”

He said he only wanted to make the point that English language education in Thailand is “terrible” — and it is designed for the students to pass the exam, not to communicate.

Every Thai knows perfectly how their peers struggle with English, but does this give someone the right to fabricate the truth to spark a controversy?

#MyMateNate has made it to the top ten trending hashtags on Thai Twitter today, with both Thais and expats expressing their opinions on Bartling’s channel, which is filled with prank and social experiment videos that use Thai people as the subjects.

Local media slammed Bartling for his last video as well, in which he tried to shop at 7-Eleven with all satang coins, an action that is actually illegal. 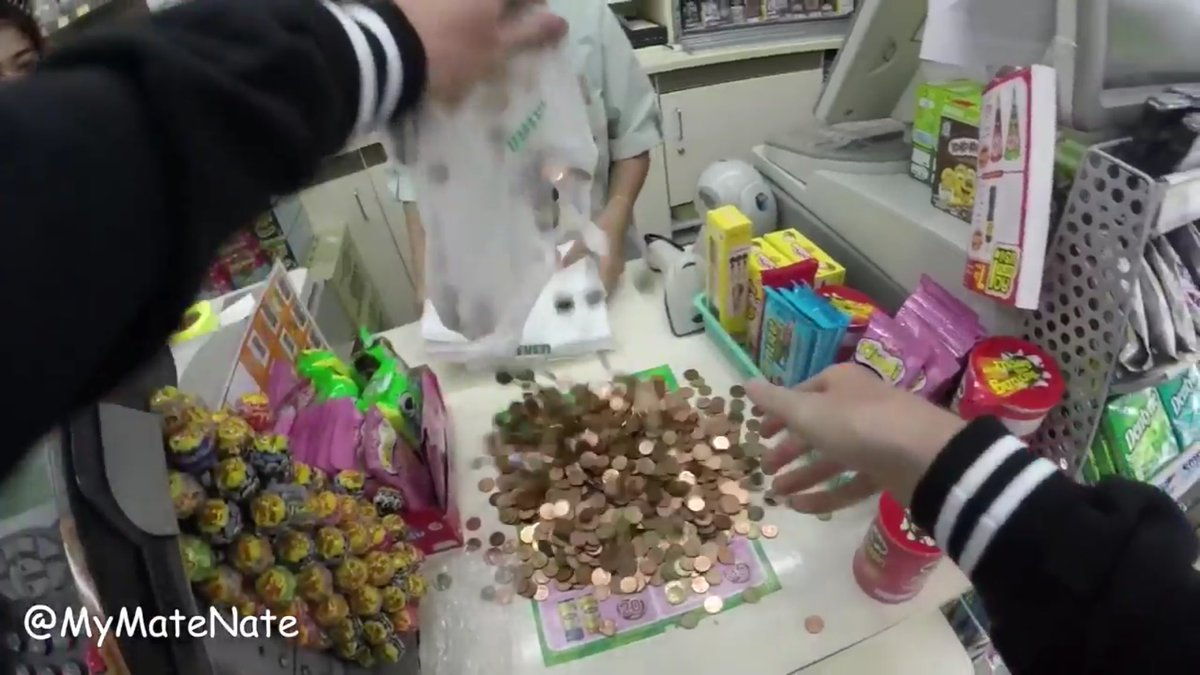