The daughter of a woman allegedly thrown from a balcony by her British husband said she would press charges against him.

Ruetairat Phutadduang said Thursday she would file charges against Dave Mitchell, 46, who’s been in police custody since he allegedly tossed his 56-year-old wife from the eighth-floor balcony of a condominium in Rayong’s Ban Chang district. She survived.

His wife, identified only as Sukanda, landed on a lower roof extending from the building’s seventh floor. She fractured her hip and dislocated an arm and leg.

Footage taken in the aftermath of Tuesday’s alleged assault showed what is said to be the heavily tattooed Mitchell clasping his hands together as if in prayer. 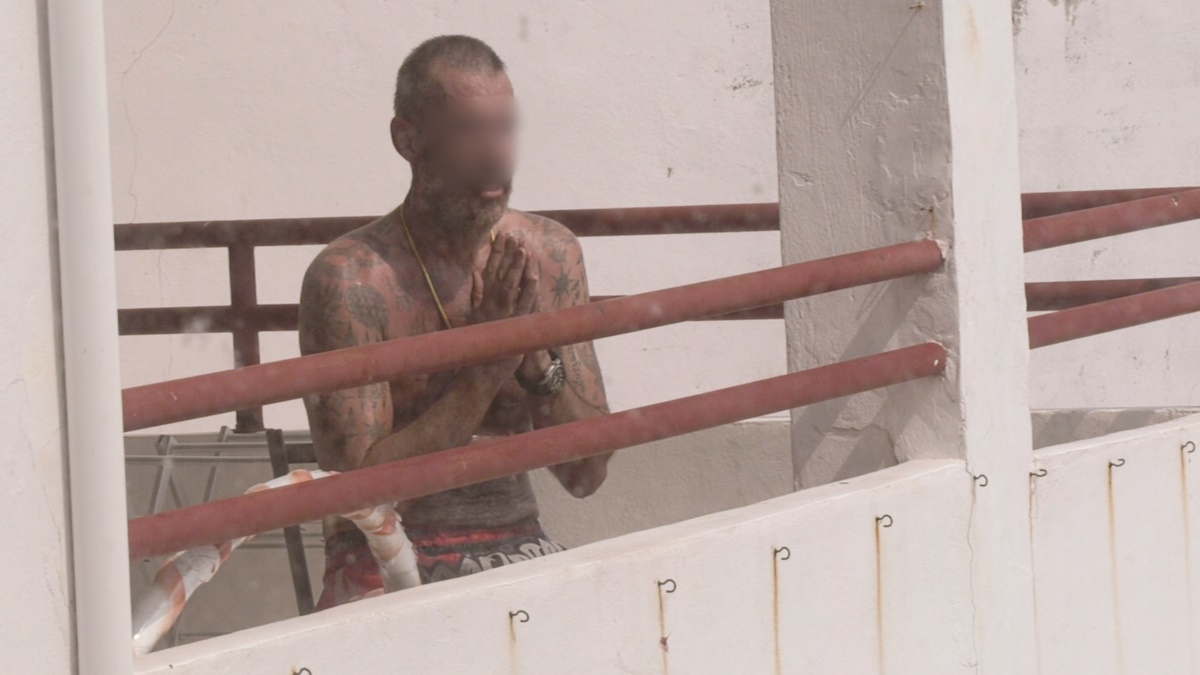 Police said Mitchell barricaded himself inside the room and could only be taken into custody after two hours of negotiations. He told officers he had been stressed due to the cancelation of flights back to the United Kingdom.

Sukanda told police that she had been arguing with her husband before things escalated to physical violence.