he investigation into the death of Ivana Smit, a 19-year-old Dutch model whose naked body was discovered on the balcony of a condominium in Kuala Lumpur in December 2017, will be examined once more after the Malaysian High Court ruled a lawsuit by Smit’s parents, alleging misconduct and negligence by the police and government, can move forward.

The lurid details surrounding Smit’s case gripped the Malaysian and international press for quite some time. On the night of her death, Smit had been in the 20th-story condominium of 40-year-old American Alex Johnson and his 31-year-old wife Luna Almazkyzy. The expat couple admitted to the media that they had sexual relations with Smit that night and there were reports they had all consumed large quantities of drugs and alcohol but the couple denied they played any role in Smit’s death. The initial police investigation ruled there had been no foul play and the couple has since left Malaysia. 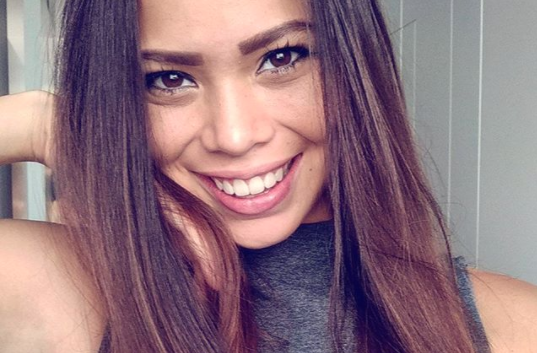 Expat couple at center of Dutch model’s death tell British tabloid they had sex with drunk teen, have a ‘progressive marriage’
Themystery surrounding the death of teen model Ivana Smit, whose naked body was discovered 14 floors below a Kuala Lumpur apartment last December, is one that has titillated not just…

But after pressure from Smit’s family, police agreed to an inquest into their daughter’s cause of death. In March 2019, a coroner’s report concluded that there was evidence of a struggle between Smit and the couple, including trauma to the back of her head, and that she may have already been dead before her body’s 14-story fall. But, despite that, the coroner ruled the cause of death as “misadventure”.

Later in 2019, the High Court accepted a legal challenge by Smit’s family to overturn the coroner’s decision, ruling that “persons known or unknown” were involved in the model’s death and ordering a new investigation.

In November 2020, Smit’s parents filed a suit against Dang Wangi investigating officer ASP Faizal Abdullah, the Inspector-General of Police, the Home Minister and the Malaysian government for alleged breach of statutory duties and negligence in the investigation into the cause of their daughter’s death. Key among their claims is the police’s failure to detain, extradite and secure Johnson and Almazkyzy for the inquest.

The police and government attempted to block the suit but yesterday the High Court ruled that the lawsuit raised serious questions that need to be argued out in trial.

“This is not a plain and obvious case to be struck out. The defendants’ claim that they have immunity under the Police Act 1967 is also a serious question of law which should go into a trial,” Judicial Commissioner Roz Mawar Rozain said.

The next step is case management for the trial, which the court has scheduled for Dec. 14. Troubling death of teen model who plummeted 14 stories raises many unanswered questions
The tragic death of a teenage model over the weekend occupied the newsfeeds of many KL-ites, with sensationalized headlines begging for a click. Three days on, exactly what contributed to… Read more. CCTV footage from bar shows Dutch teen model being carried to lift by ‘American man’
The family lawyer of Dutch teen model Ivana Smith, Sébas M. Diekstra, tweeted a CCTV image from the fateful night of her death. In the black and white footage, the… Read more. Ivana Smit: Allegations that expat couple’s lawyer accessed victim’s phone after death
New questions are being asked in the death of Dutch teen model Ivana Smit after her family have been left concerned that the Malaysian letter representing the expat couple who… Read more. Dutch teen model Ivana Smit died in Malaysia due to ‘misadventure’, not homicide: coroner
The death was classified as a “misadventure”. Read more.