They came to discover the next K-superstar from Jakarta, yet they may have to leave empty-handed safe for a stint behind bars.

Immigration officials announced today that they apprehended eight South Korean nationals over a breach of their tourist visas, which they obtained on arrival in Indonesia.

Six of the violators are talent scouts from Korea. They were hired by two Koreans in Indonesia — one of whom was also on a tourist visa and the other on a KITAS (temporary stay permit) — to conduct a talent search at a mall in South Jakarta.

“The South Korean nationals were hired to work in Indonesia for a talent search that was broadcast live by the TV station KBS,” interim Immigration Director General Widodo Ekatjahjana wrote in a statement released this morning.

“We have confiscated eight South Korean passports in total.”

Widodo added that there was minor resistance when the culprits were being apprehended as they were instructed by their agent to “play victim” if caught.

Immigration says it is still investigating the case, after which the fates of the violators will be determined. Generally, breach of visa terms is an offense punishable by deportation from Indonesia and an entry ban for a period of time. 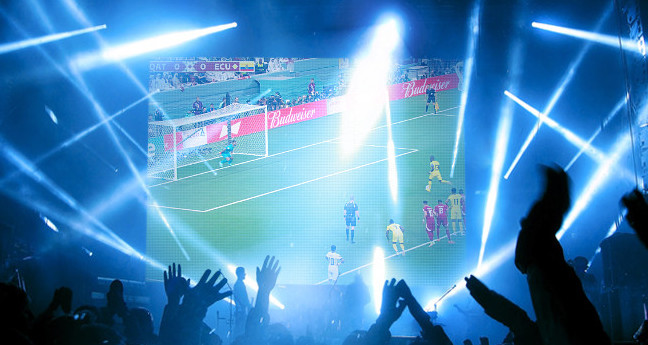 Where is the World Cup ‘nobar’? Communal screening tradition threatened by exclusive broadcaster in Indonesia
The hype was there four, eight, and even 12 years ago. This year, promotions for nobar in Indonesia seem relatively muted. Read more. ‘Kebaya Merah’ and the hardcore risks adult content creators in Indonesia are willing to take
Indonesia has some of the world’s strictest anti-pornography laws and it seems like there’s a high-profile sex tape scandal every few months that causes the police to relentlessly pursue and… Read more.