It’s 4am and thunderstorming early Wednesday morning, as the third day of Occupy Central came to a close – not ideal conditions for large outdoor sit-in. Many left, but the occupation continued under ponchos, tents, and of course, umbrellas. Some sought shelter under bridges or the awnings of the luxury stores that line the streets of Central and tried to sleep in whatever dry spots they could find. Others simply braved the rain, huddling together to stay warm, or gave up altogether and wandered the protest getting soaked. 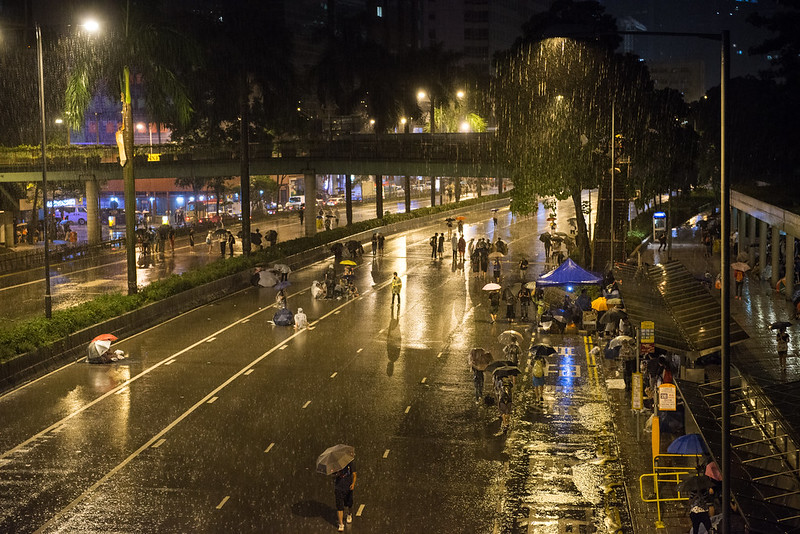 The outskirts of the Wan Chai protest. 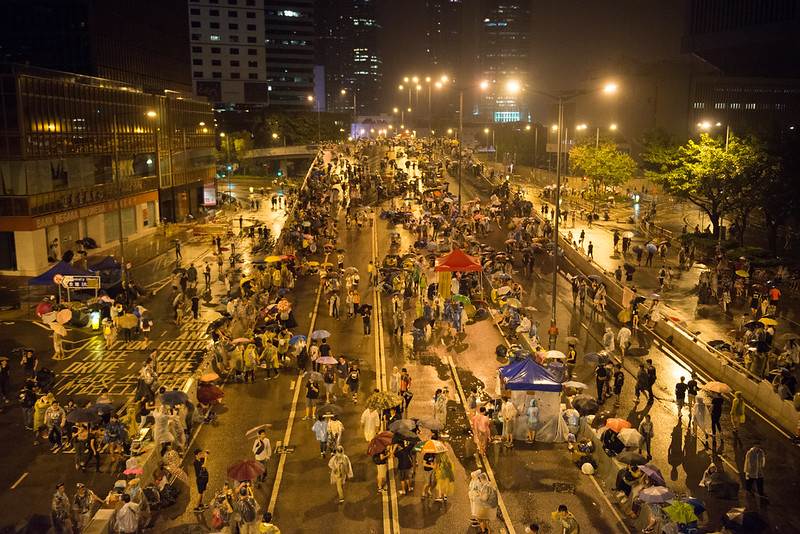 Admiralty: lively and colourful at four in the morning. This flyover had earlier in the night been packed with people. 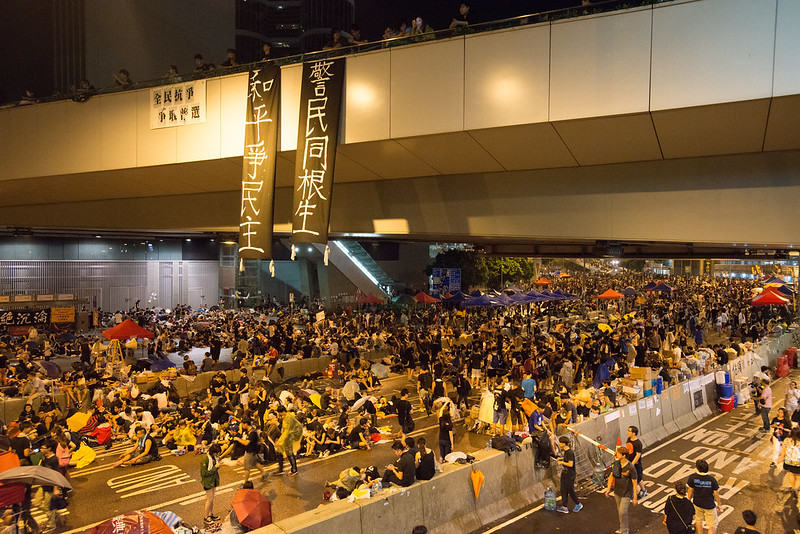 The many bridges provided welcome shelter. 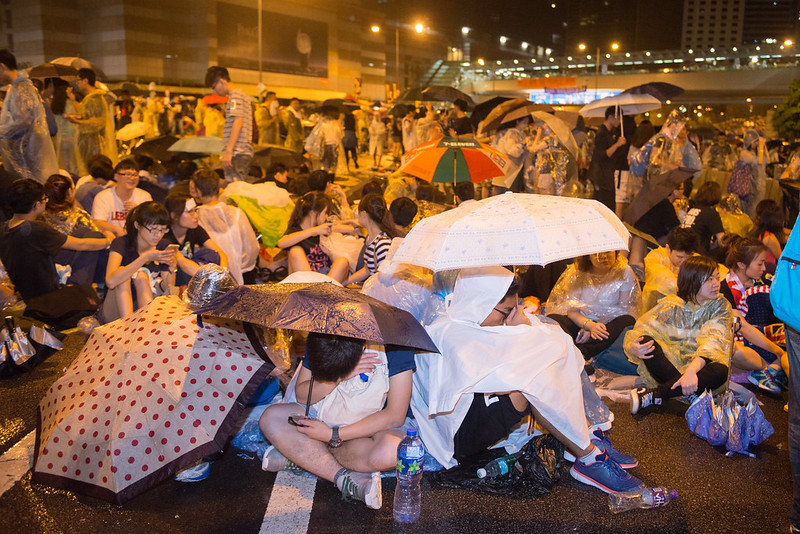 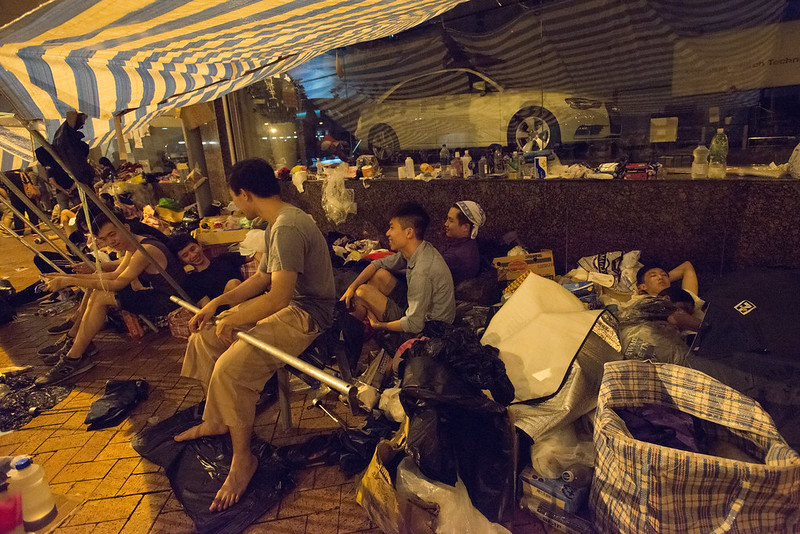 Protesters camping out in frront of Hong Kong’s ubiquitous luxury stores made for quite the juxtaposition. 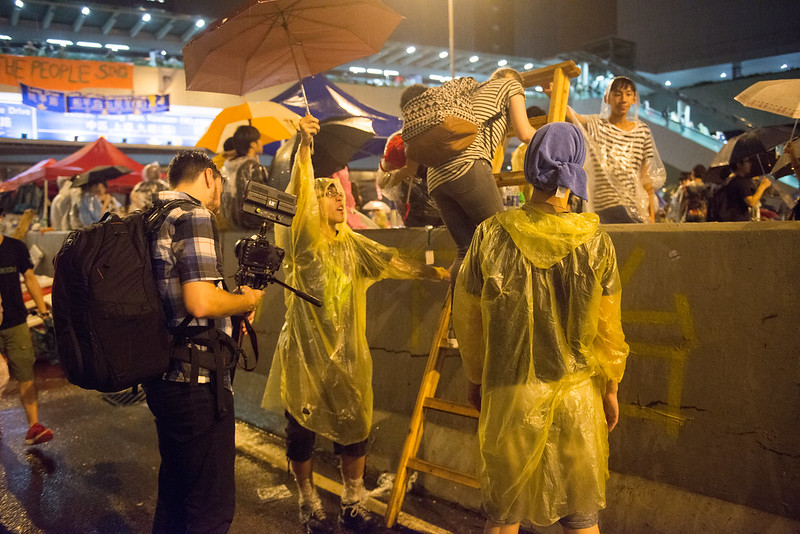 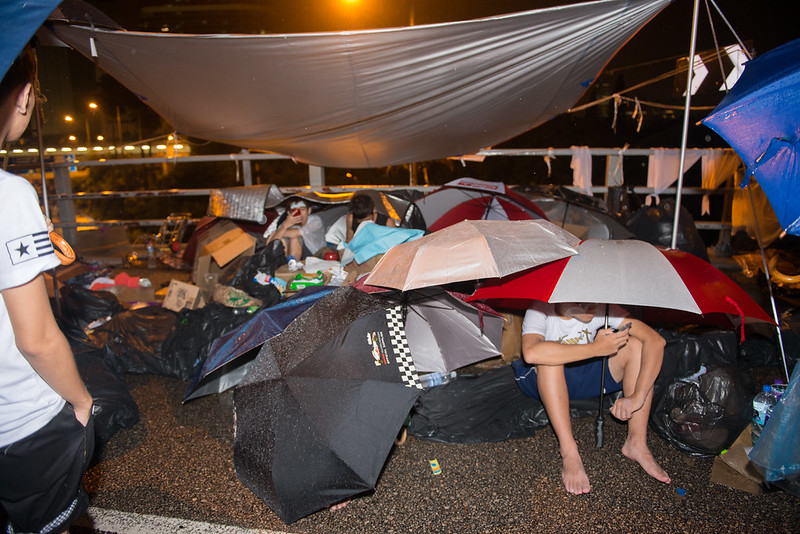 Entire groups of people were obscured by their umbrellas. 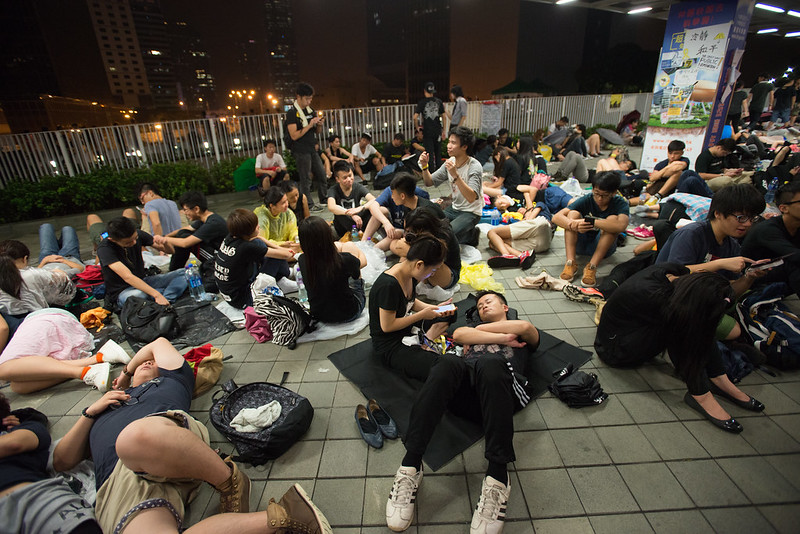 Many relocated to covered walkways. 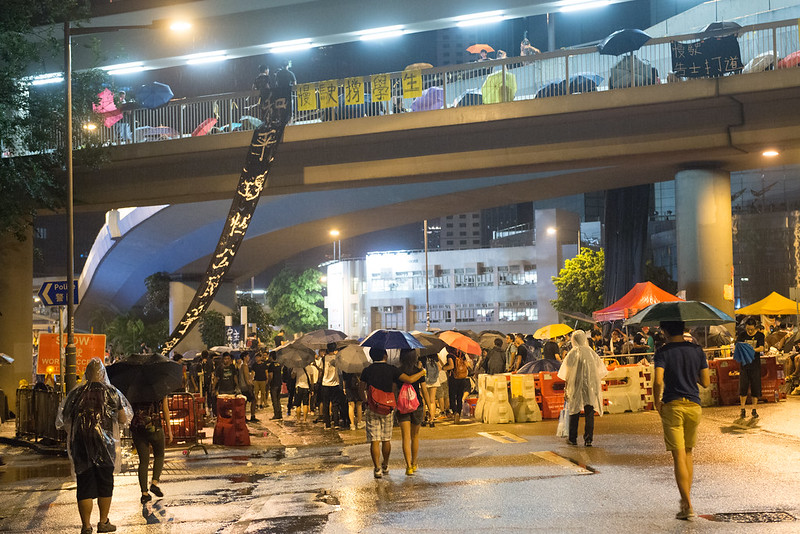 People, unable to sleep, took advantage of the open spaces and walked around. Before it rained, this was completely packed. 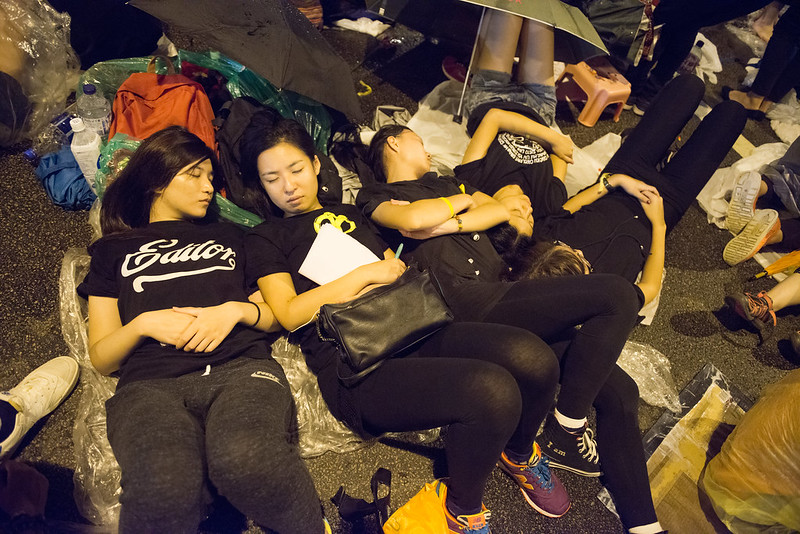 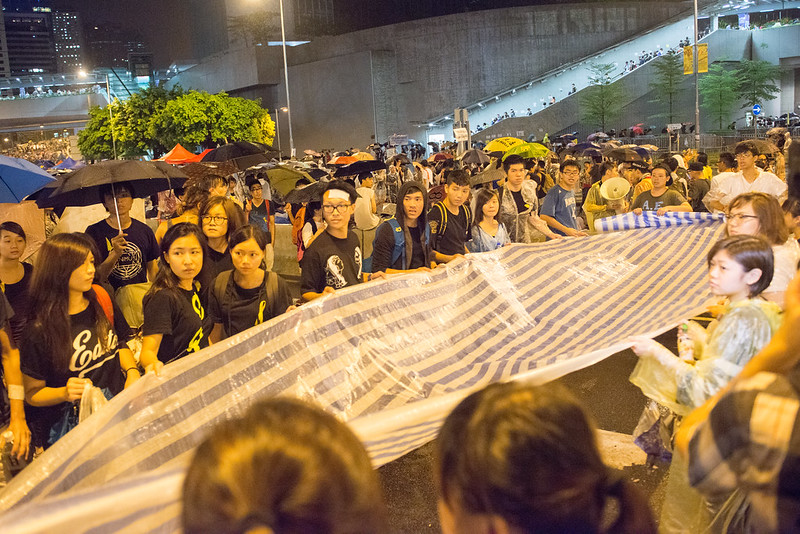 Protestors sleeping under a bridge woke up, rubbed their eyes, and helped to put down a tarp so that eveyrone could rest more comfortably. People then took off their shoes in order to avoid dirtying the new, clean surface. 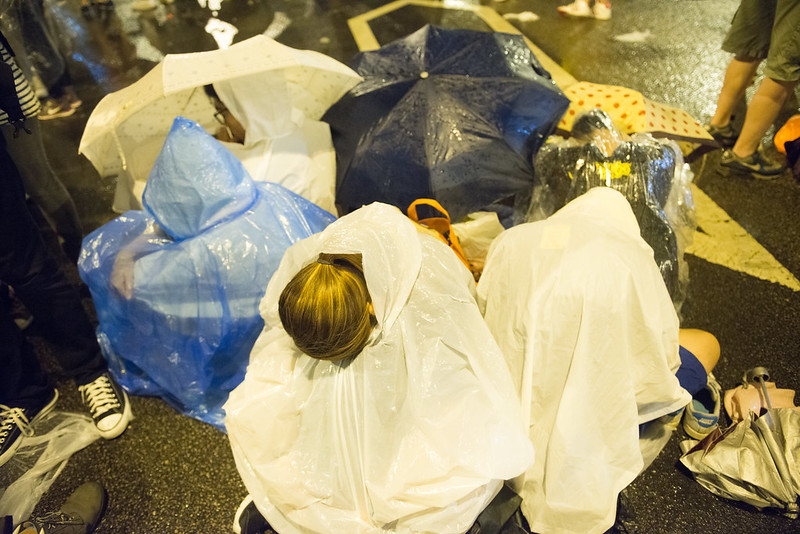 Many gave up on lying down. 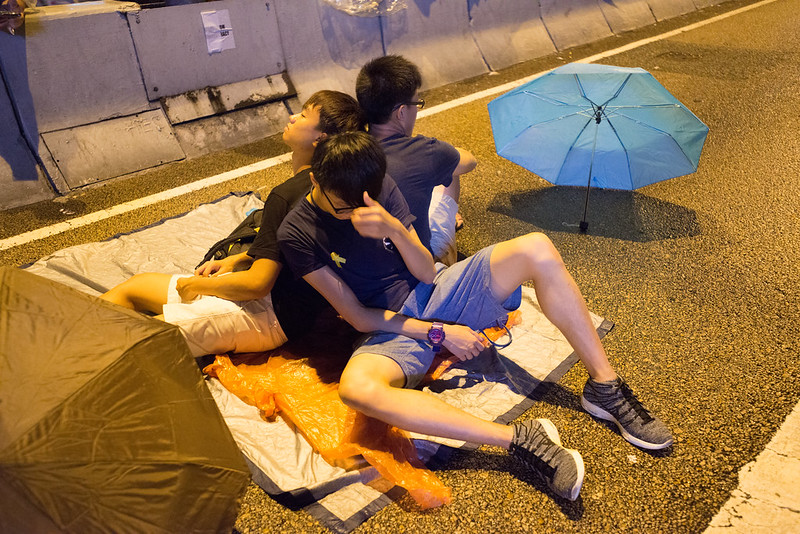 Who needs a wall to lean on if you’ve got two friends? 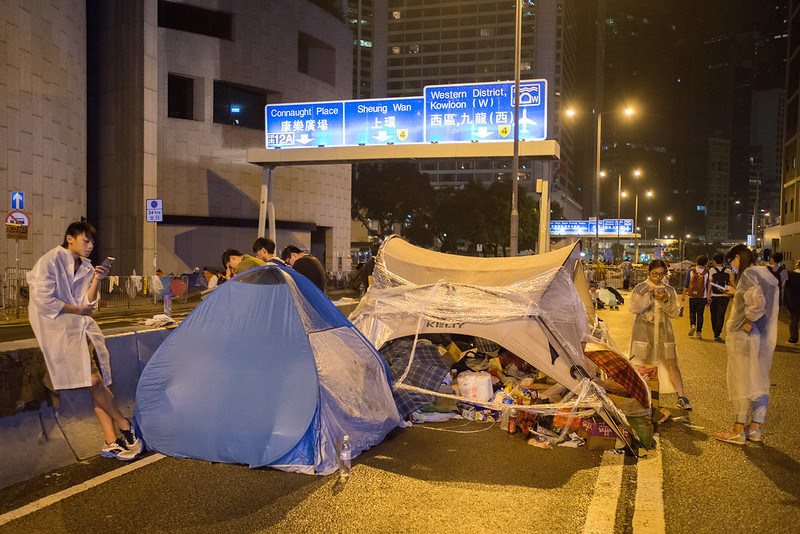 Some brought tents, though not as many as you might expect. Camping is not a popular activity in Hong Kong. 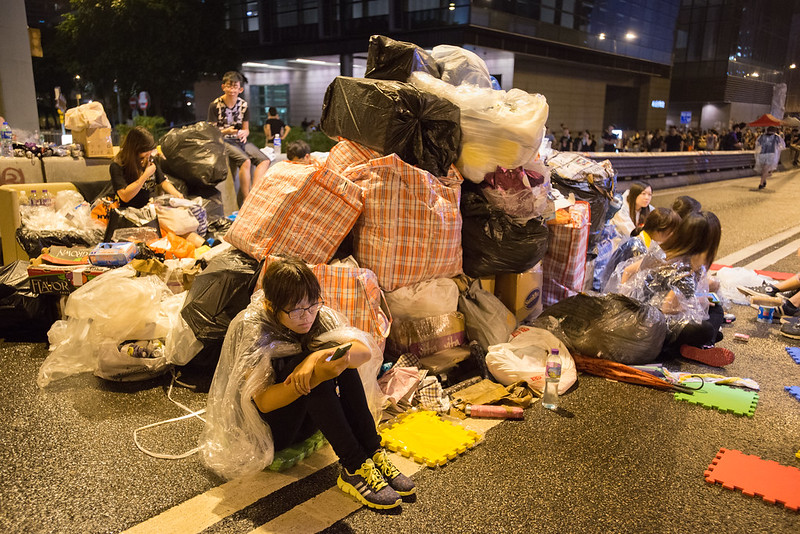 People improvised comfortable seating for themselves. 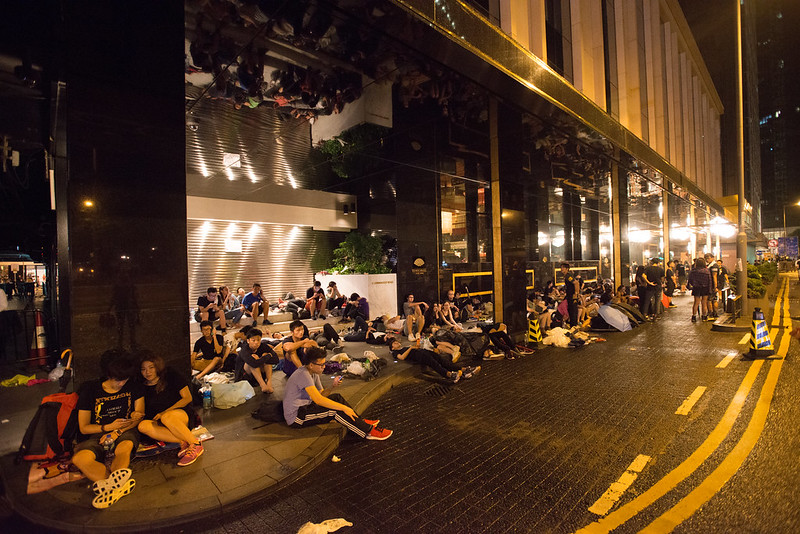 Central’s Mandarin Oriental, one of the most expensive hotels in the city, had many uninvited guests. Its gates were shut. 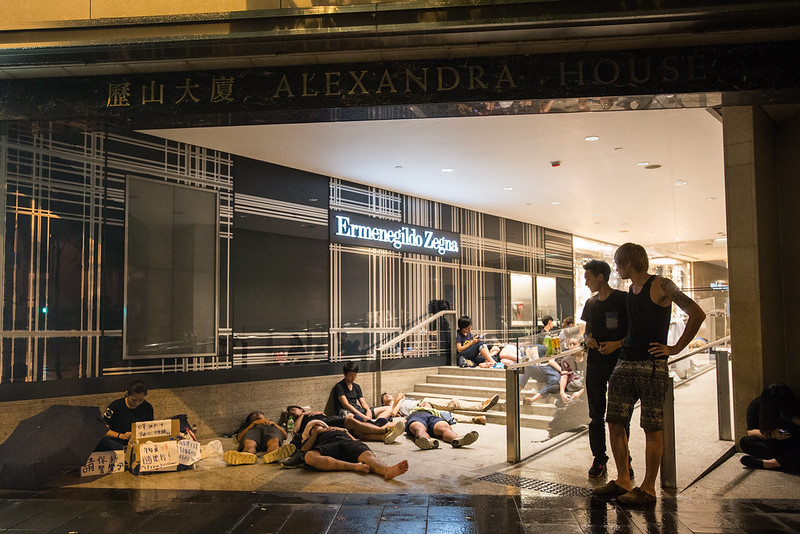 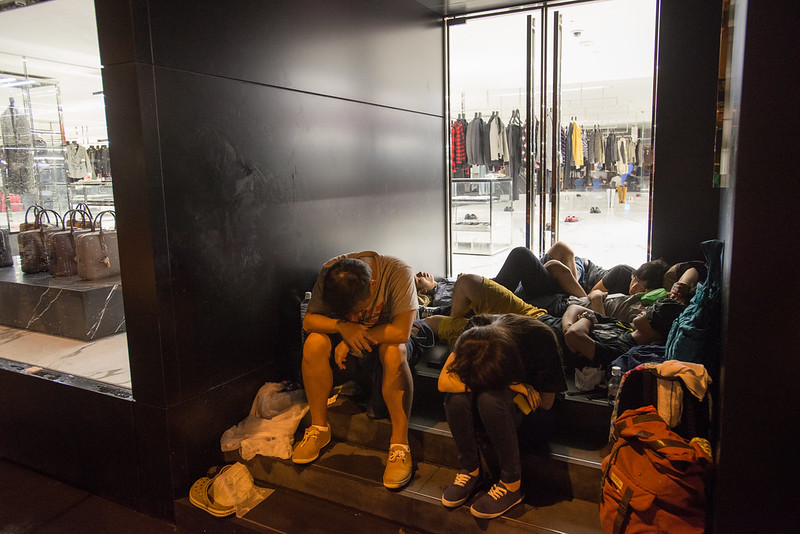 Occupy Central did not deter many fancy stores from keeping their lights on as usual. 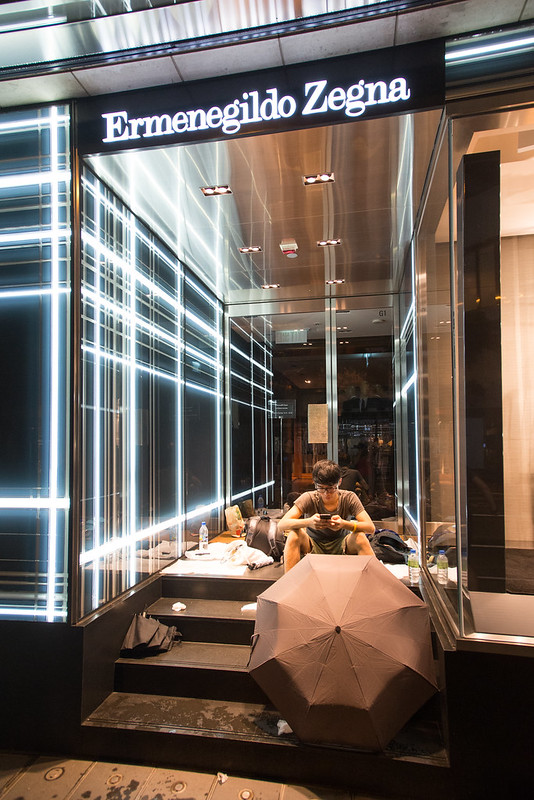 Seemingly every store had its own camp. 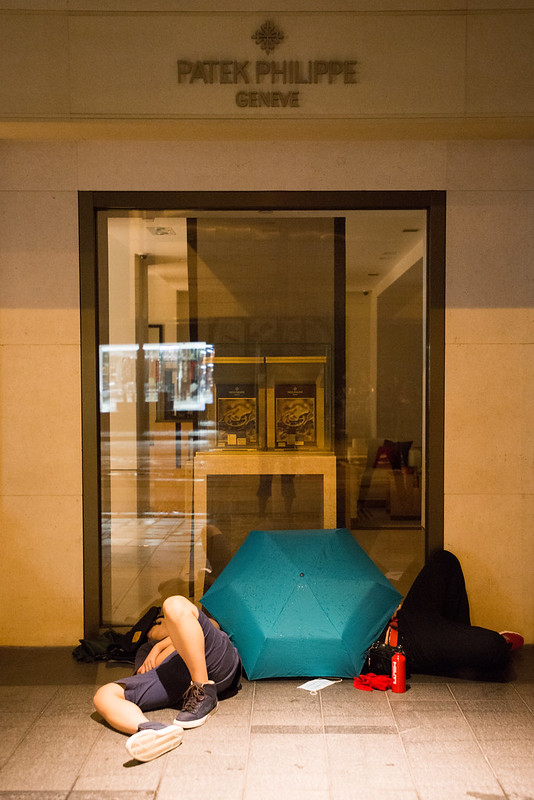 Protesters had spread out from the main Occupy site to find shelter and rest.