Yesterday evening in Causeway Bay, people who were against the Occupy Hong Kong movement started instigating altercations with the student protesters. One of the anti-Occupy men was taken away the police. Seemingly weary of the press, the anti-Occupiers also harassed two Al-Jazeera journalists.

Later, a masked gang of men arrived and began tearing down barricades. The police controlled the situation by isolating the masked men from protesters and bystanders but did not arrest any of the masked men. 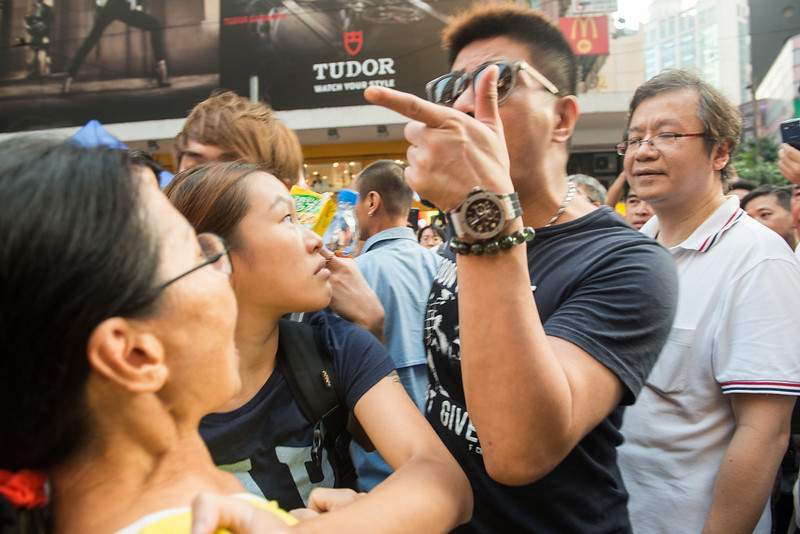 One of the men who kept yelling at the protesters. 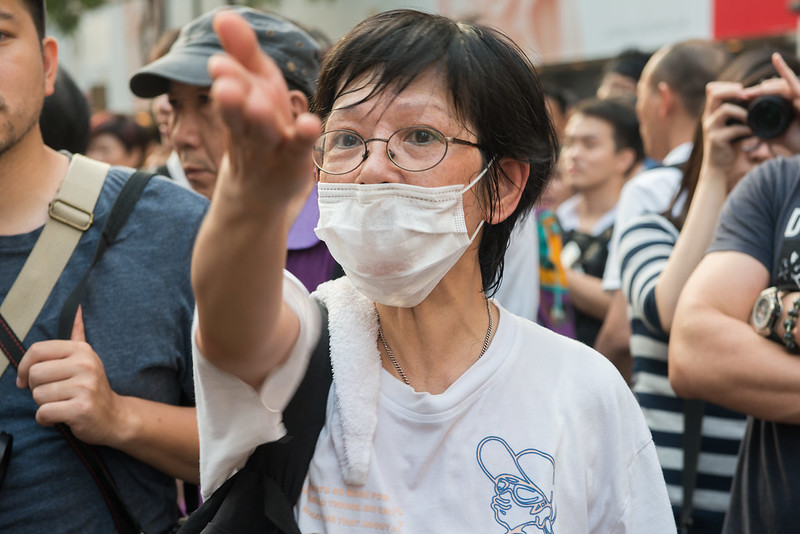 This masked woman demanded that the protesters get off the streets. 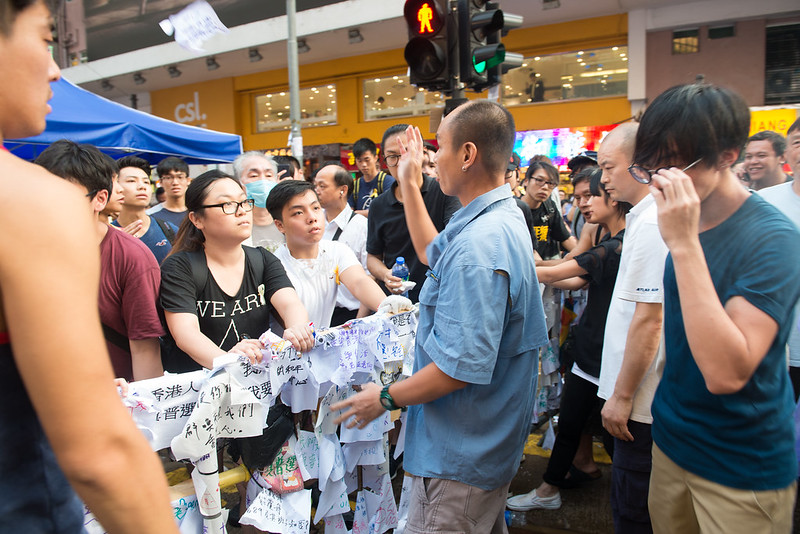 This man started tearing off the students’ posters, mocking them and repeatedly trying to pull down their barricades. 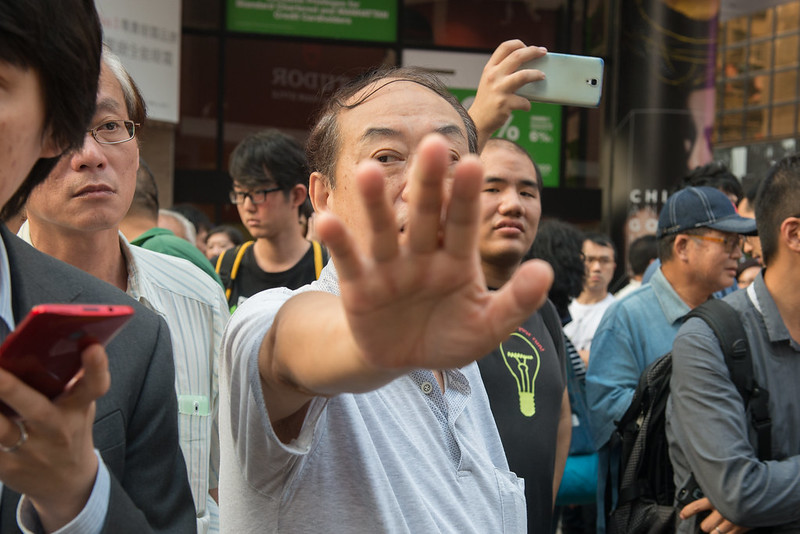 Many of the anti-Occupiers refused to be photographed or filmed. 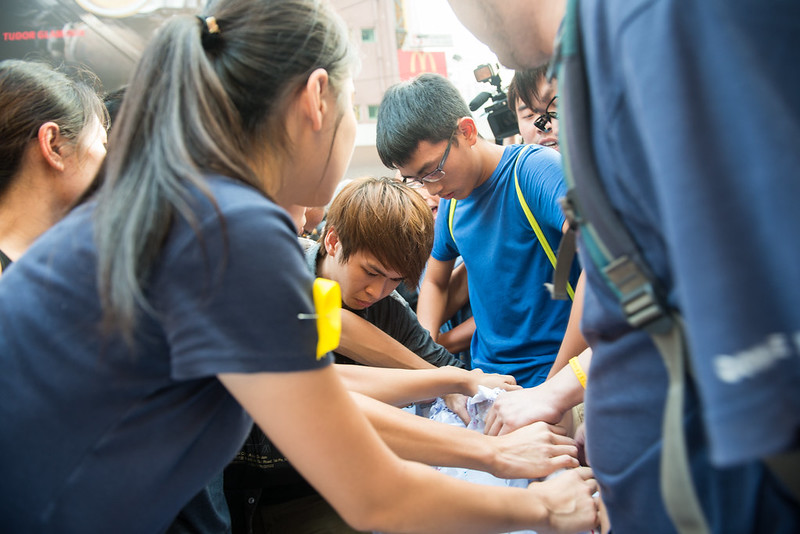 The students defending their barricades. 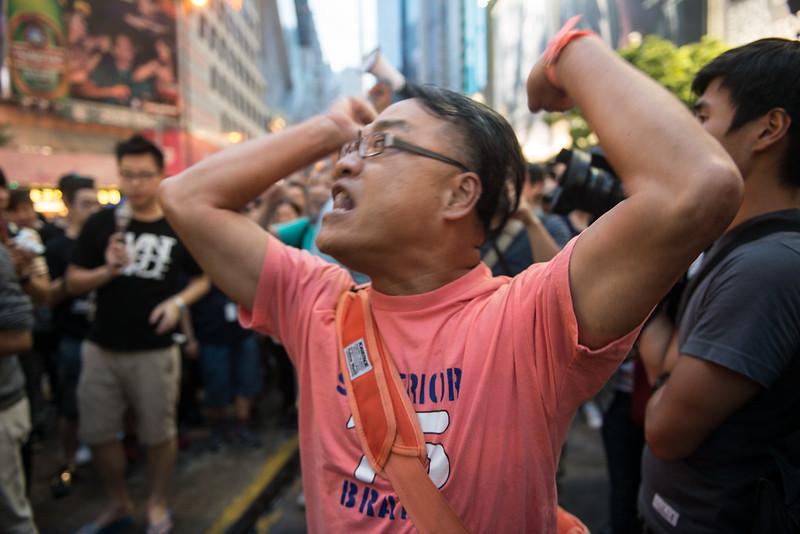 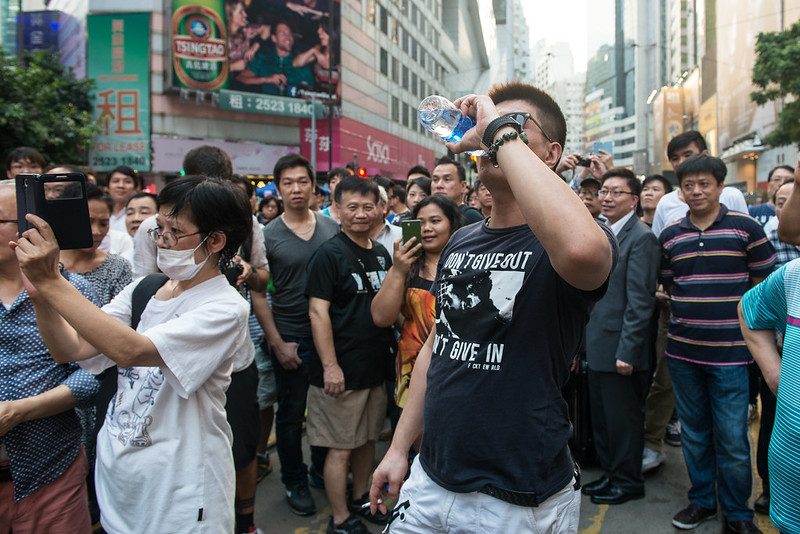 An anti-Occupier drinks from a bottle of water given to him by the protesters as a peace offering. 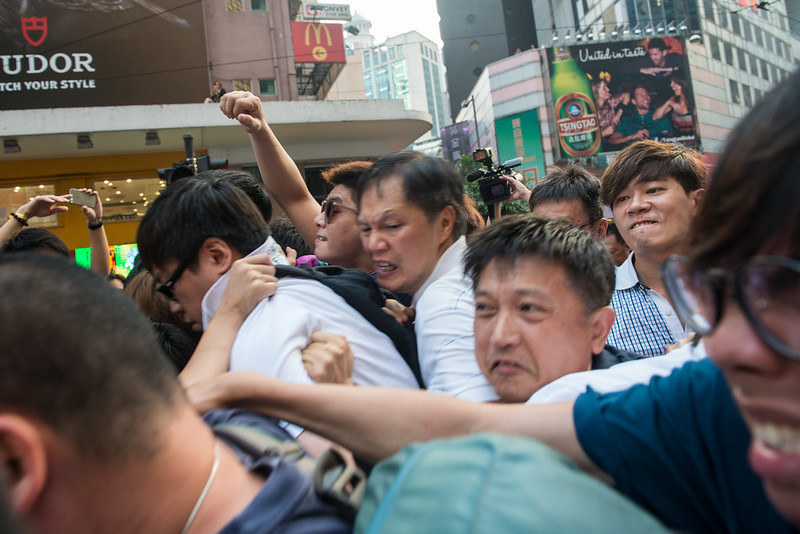 Scuffles broke out when the anti-Occupiers started pushing against the barriers and the protesters held their ground. 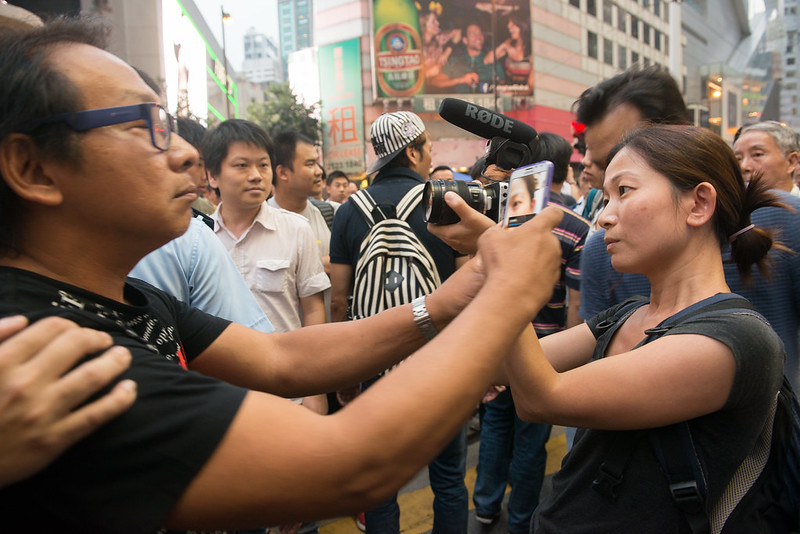 An anti-Occupier filming an Al-Jazeera journalist, who refused to be intimidated. 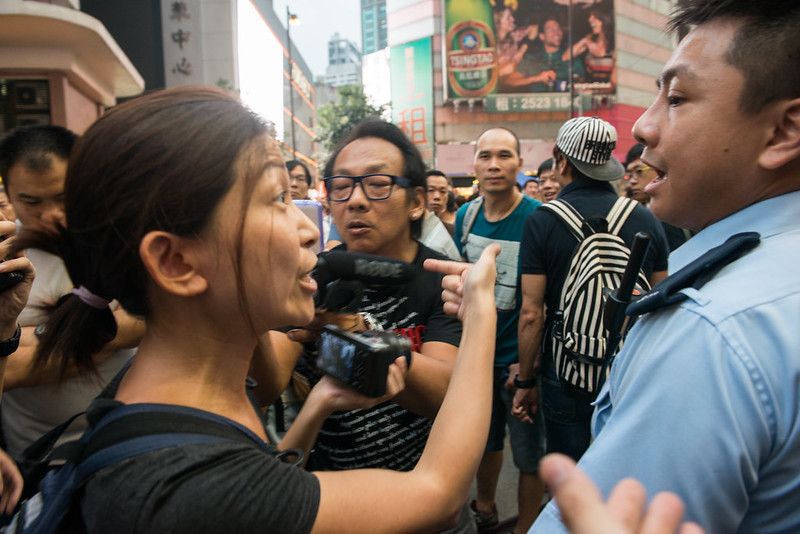 “He’s harassing me!” she said to the police officer. 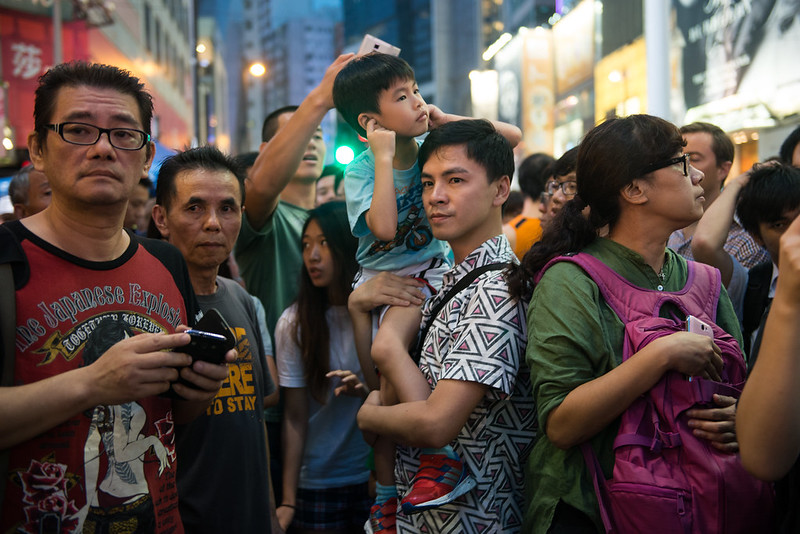 Another anti-Occupier started blaring a high-pitched, painfully loud sound from his bullhorn, to the dismay of this kid and everyone else. 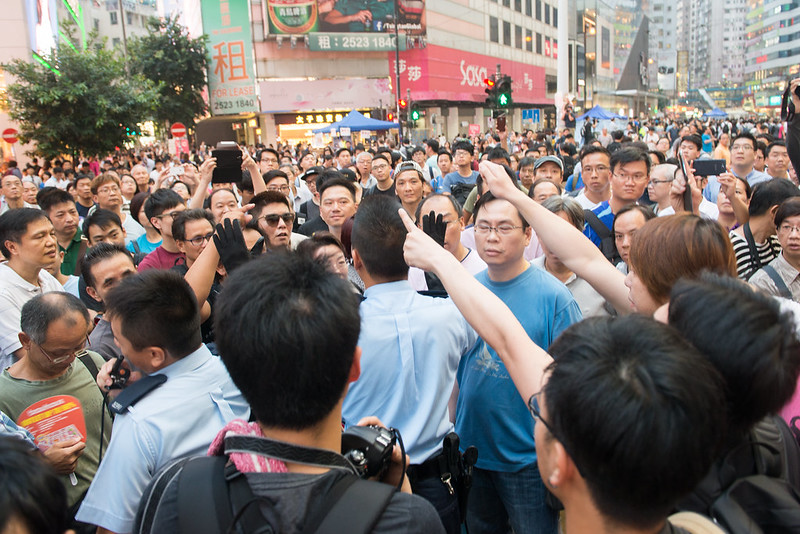 The police eventually arrived. The protesters pointed at the anti-Occupiers, saying they were being violent. 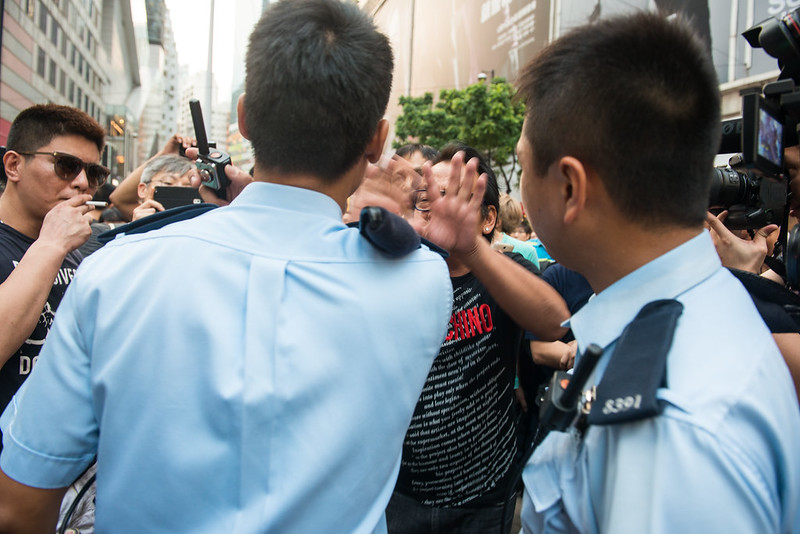 An anti-Occupier demanding that the police clear the roads of protesters. 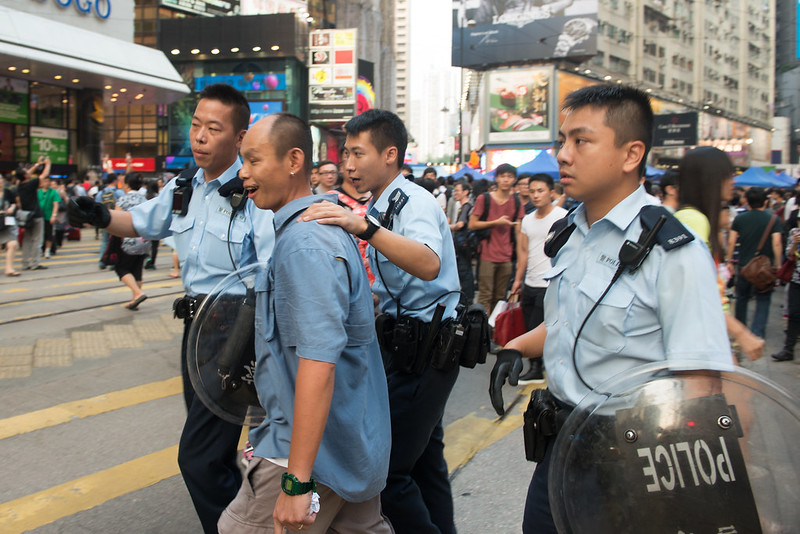 One man was taken away by the police.

Check out our Raw Report by Coconuts TV/Coconuts Hong Kong on the clashes in Mong Kok and Causeway Bay: