Hot on the heels of our Most Popular Coconuts Stories of 2018 list, we’d now like to focus on the many showcase original features we published this year.

With the launch of our COCO+ membership and subscription program in March 2018, we doubled down on our commitment to producing original and exclusive pieces of journalism – because no one should pay for rehashed content that they can get anywhere else.

Oftentimes, compared to viral news, features like these don’t get quite the amount of attention they deserve – so we’ve selected 20 of our very best to bring to your attention.

Please find below, in no particular order, the Top 20 Coconuts Originals of 2018!

#20: Dating Despair: Why finding love in Bangkok is hard for Thai women 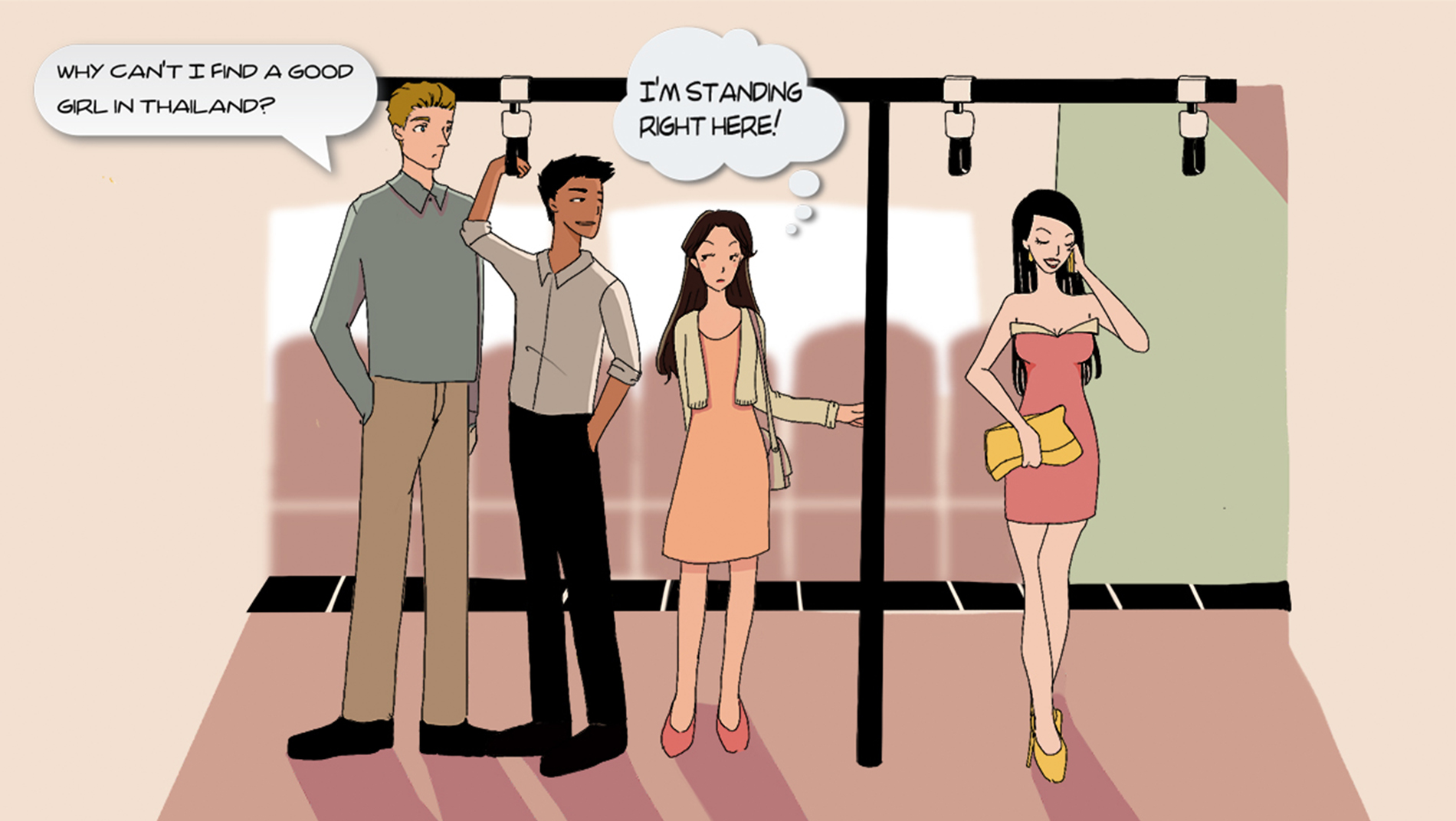 “Thailand is a society where people generally don’t stray far from their own social class and many have an eye firmly toward marriage. Because of this, Thais may approach relationships more seriously than Westerners, who are comfortable chatting up complete strangers as well as with the phenomena of ‘friends with benefits,’ ‘seeing each other,’ and ‘not labeling things.’ It might be due to this that most Bangkok women find themselves dating the people they come across in their social circle — and only those of the same or higher social class to boot.”

#19: The quest for acceptance with Singapore’s LARPers “As you can well imagine, when grownups dress up, arm themselves with prop weapons and pretend they’re actual centuries-old wood elves with fantastical names and backstories, LARP can be weird and awkward as fuck. But that’s part of its quirky charm.”

#18: Life on the Edge: At home in Mount Agung’s danger zone “Jro Mangku Kari still remembers carefully crossing over lava flows on bamboo poles to get down the slopes of the volcano. It was 1963, the last time Bali’s Mount Agung erupted, and he was 3 years old.

Back then, the only reason his village fled their homes in the face of the devastating eruption was because they ran out of food. The flying stones and surging lava that would ultimately kill more than 1,000 people could be dodged and avoided, they thought. Hunger, however, could not.” “It was almost 5am on Jan. 1 when Prius (not his real name) parked his Toyota Prius (his real car) outside the Police Tactical Unit compound in Fanling and began what he calls his scariest ride.

Three burly men climbed into the backseat. The 43-year-old suspected, rightly it would turn out, that they were police officers. He’d tried to avoid situations like this.”

#16: ‘Single, pretty, proportionate body’: Discriminatory job ads in Indonesia are illegal but nobody is stopping them “To understand why employers’ seem so comfortable disregarding employment laws and ethics, I sought answers from an HR professional — who asked to remain anonymous — working for a huge media company in Indonesia. According to her, putting out discriminatory requirements in job ads serves as a way to filter out some of the huge deluge of applicants they get every time they advertise a job vacancy. Because they know discriminatory requirements will be taken into account later in the process anyway, it’s seen as simply easier to get that out of the way at the job ad stage.” “For more than a decade, environmentalists have recorded the devastation wrought on tropical forests by China’s soaring demand for rosewood, driven by the popularity of reproduction Ming and Qing Dynasty furniture, known as Hongmu, single pieces of which can fetch up to US$1 million.

Steeped in high-level corruption and violence, the logging trade that feeds Chinese factories was previously centered in Southeast and East Asia though, in recent years, has increasingly engulfed countries in Africa and Latin America as traders look further afield as stocks dwindle.”

#14: EXCLUSIVE: Former US Ambassador to Singapore Frank Lavin on what to expect during Trump-Kim summit “His diplomatic talents, however, remain as sharp as ever, as evidenced at a sit-down last week with Coconuts Singapore over dim sum, roast duck, and char siew bao.

During a lively, nearly two-hour discussion, Lavin revealed some valuable insights into what we can expect from the Trump-Kim Summit, all while weaving in anecdotes from his time in politics and managing an appreciative chuckle or two from our elderly waitress as he deftly made requests in excellent Mandarin.” “The women of Quiapo don’t like to speak to the press, even anonymously, but present yourself as a prospective customer and they’re happy to walk you through the ins and outs of a self-induced pregnancy termination. The word ‘abortion’ is never uttered.

One vendor we spoke with on a recent visit was a woman in her 40s who plies her wares just a few minutes’ walk from Plaza Miranda police station, right next to vendors who produce fraudulent diplomas and documents.”

#12: Life Finds a Way: Birth, loss, and the midwives of the Lombok earthquake “Siti Raudatul Janah’s contractions began the moment the devastating 7.0 earthquake struck Lombok. The Aug. 5 quake, countless aftershocks, and 6.9 temblor that hit last week have resulted in the deaths of at least 555 people and left nearly half a million homeless.

The 34-year-old was not due to give birth for eight days, but this was her third child and she had a feeling, call it mother’s intuition — the baby was not going to wait.”

#11: #UninstallGojek and the high cost of supporting LGBT rights in Indonesia “With both the Indonesian public and authorities all too quick to discriminate against LGBT citizens, one might hope that progressive private companies would be able to do something. But this latest panic may have actually been set off by an internal attempt to embrace diversity at one of Indonesia’s most famous companies.”

#10: Peak Influencer at IN Festival 2018: We’ve already jumped the shark “Welcome to IN Festival: Influencers 2018, a peculiar choice of moniker for Malaysia’s first, and unfortunately probably not last, influencer festival.

Don’t recognize anyone here? Neither did we, but we also don’t watch a lot of YouTube, so we saw the event as an opportunity to broaden our media horizons, understand what younger consumers relate to, and maybe even make a friend or two.

Unfortunately, none of that happened.” “Located in Bali’s northernmost regency, Buleleng, Bengkala Village is about a three-hour drive on a good day from the island’s Ngurah Rai Airport, 71 kilometers to the south.

While far from where most of the island’s tourism is concentrated, Bengkala has slowly developed its own steady stream of visitors piqued by curiosity surrounding its famous moniker: the deaf village.” “No matter how cute they may look, monkeys simply aren’t suitable pets for humans and it is always an act of cruelty to keep them as such. It’s in the nation’s best interest for the government to expand its legal protection to wild animals such as macaques that may not be in danger of extinction but are still terribly vulnerable to exploitation and abuse.” “A United Nations Environment Program status report in June revealed that the Philippines is one of only five countries that produce about half of the world’s plastic waste that ends up in oceans. The country reportedly goes through 6,237,653 kilograms of plastic a day, with less than 20 percent being recycled or reused.

An informal yet thriving group of young environmentalists have tried to combat this by shifting to a more sustainable lifestyle: no plastic bags, bottles, or straws.

But this is proving a tough sell to the majority of Filipinos who, because of financial constraints, still buy nearly everything — from shampoo to sugar — in tiny sachets.”

#6: Q&A: ‘Billion Dollar Whale’ co-author Tom Wright talks Jho Low, 1MDB, and the global elite who made the scam of the century possible “I think when we got hold of WhatsApp messages between Jho Low and a number of people, including bankers at Malaysian banks, where he is clearly directing them to do this with money, do that with money, move money into the prime minister’s accounts, out of his accounts. You saw through those WhatsApp messages that he was the puppet master … telling the bank that US$680 million would be arriving from overseas.

A lot of reporting we did for this was triangulation. We would have some investigative documents from Switzerland, some from Malaysia, some from the US. We’d have some from Singapore, we’d have our own documents that we pulled from the British Virgin Islands, and we would start to see patterns where Jho Low was always in control, of everything. He was the center of the spider web.”

#5: Back to the Land: Why young Hongkongers are trading office life for the farm “Ling Yin Kung arrives at the Society of Indigenous Learning, a 30,000-square-foot community farm in Sheng Shui, at 9am most mornings to begin picking vegetables.

The 29-year-old earns half as much as he did in his previous job as a flight attendant, and he’s usually exhausted after a full day of hand-watering plants and packing deliveries. But to him, changing the way people eat in Hong Kong, a city that imports over 90 percent of its food, is worth the trade-off.”

#4: Stuck in traffic: How Manila’s roads are making love elusive for Filipinos “Angela, a 39-year-old advertising executive, is ready for love. She pretty much knows what she’s looking for in a man. ‘Someone who’s at least five inches taller than me. Someone who smells nice, someone who smells like he just got out of the shower,’ she laughingly tells Coconuts Manila.

There’s a not-so-little problem though: Manila’s traffic. She lives in Cainta, which is about 12 kilometers away from Makati and BGC. Angela says it can often take up to three hours to get to the meeting points with her dates in the CBD (Manila’s central business district) — and it’s been frustrating for her, to say the least.” “Htein Bin is particularly prone to combustion from biological decomposition because it is not a ‘controlled’ or ‘sanitized’ landfill, meaning there is no layer of concrete or metal separating the waste from the ecosystem, allowing organic leakage to seep deep into the ground. With organic material making up an estimated 90 percent of Yangon’s 2,000 tons of daily waste, the 17-year-old, 300-acre landfill was a ticking time bomb from the start. Plastics, textiles, and machinery are now being consumed by the underground blaze, releasing harmful dioxins into the city’s air.” “The man waved and grinned at me, giving a slight nod that translated to, ‘What’s up, man.’

The smile instantly disappeared when the third individual in the room arose from the bed. Clad in a black vinyl bodysuit that hugged her slim frame, Mistress E slyly asked if the man had been a good boy. Meekly, he uttered ‘yes, mistress,’ a phrase I’d hear multiple times over the course of the next hour. The lady ordered him to strip off all his clothes, and he did so, unbuttoning his blue shirt and pulling down his pants.” “Former students and employees of the school, many of whom first came forward for an article self-published on the website Medium in July, describe an atmosphere of intense, cult-like control, one in which sex with instructors is encouraged, students are forcibly assaulted, and the use of condoms is discouraged.

As of this article’s posting, the school’s founder, a yoga instructor and self-styled swami named Narcis Tarcau, is gone. According to a source at the Thai Department of Immigration who spoke with Coconuts Bangkok on condition of anonymity, Tarcau crossed the land border with Cambodia at the Aranyaprathet District checkpoint at 8:45am on July 31, disappearing into the unruly border town of Poipet. Where he is now is anyone’s guess.”