According to reports, a short clip of Melda circulated widely last week, in which a dress she was wearing came loose that her right breast was exposed. 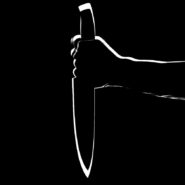 The victim, identified as NPW, suffered from dozens of stab wounds, including on her neck, chest, back, and an open wound on her right palm. Police said the street racing would typically start after midnight, and last until about 3am. A bank teller was found stabbed to death at her home in Denpasar on Monday, with police strongly suspecting that she was a victim of a violent robbery. A 21-year-old sex worker in Denpasar has filed a police complaint accusing an officer of extortion, with the Bali Police saying they are now looking into the case. Police in Denpasar are looking for a 37-year-old fugitive identified as HRN, who allegedly slashed off the arm of one of his bosses at his workplace earlier this month. A 20-year-old ex-convict was arrested in Tabanan regency earlier this week after he allegedly sexually assaulted four different women and tried to rape them. The Denpasar Police have arrested a 22-year-old man in connection with a recent mugging incident caught on CCTV. Nora says she has almost had enough and promised to go to the police if she continues to get death threats. An alleged drug dealer connected to an international network in Malaysia is facing a maximum prison sentence of 20 years.

Our crime section on Coconuts Bali is one of our most frequently updated news beats. Crime is abound in Bali and let’s be real—most of it is non-serious, petty crime that usually has us asking, “What was Mr. X thinking?? Like, really?” Like, why did that teenager think is was a good idea to steal all those chickens from his neighbor and sell them to buy a new motorbike? Or why did that tourist think he could get away with stuffing a bunch of cosmetics from the duty free at the airport into his pants? Crime is also the category of our site that contains the most internationally covered stories. Just every so often in Bali, there seems to be a foreigner (or several who conspire together) that get swept up in international incidents involving murder, corruption, drugs, or all of the above. These stories too often involve Aussies, but hey, not exclusively. Crime is usually not violent in Bali and you will not read about all of scuffles involving weapons, so when they do happen (usually with blades, no guns here), they do get reported on. Oh, and we would be remiss to be discussing crime in Bali and not bring up the “Hotel K” aka Kerobokan Prison, the home to Bali’s biggest and baddest criminals and also the small-time Joes. Overcrowded and supposedly a key component of Bali’s drug trade, the prison often finds its way into our crime section.